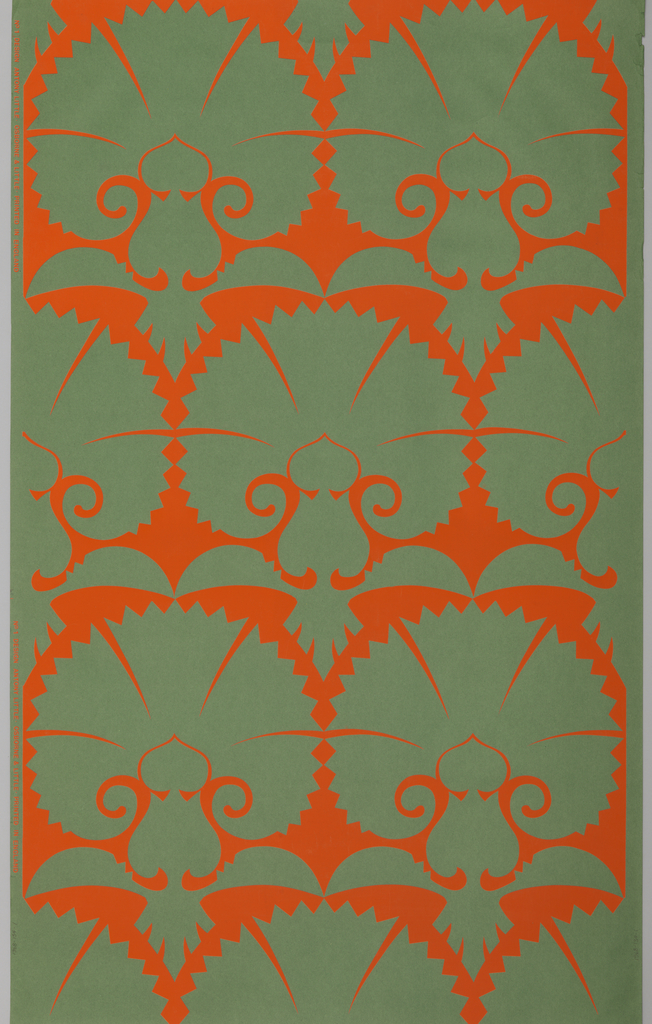 Since Queen Elizabeth II has just superseded her great-great-grandmother as Britain’s longest reigning monarch, it seems an appropriate time to take a look at another longstanding UK institution: the wallpapers of Osborne & Little. While not quite as longstanding as Her Majesty, Osborne and Little has been providing thoughtful and vibrant wallcoverings to the upper echelons of society for over forty years. Founded in 1968 by Sir Peter Osborne, the 17th Baronet of Ballentaylor (say that five times fast!), and his brother-in-law Antony Little, the firm began by printing bright and bold patterns in a market that, according to Osborne, was full of bland wallpapers he jokingly referred to as “porridge.”

“Wilde Carnation” was the very first design produced by Osborne & Little, and it is not at all reminiscent of mushy breakfast cereal. The pattern is screen-printed on ingrain paper and features offset horizontal rows of highly stylized, sage green “Ottoman” carnations against an incredibly vivid reddish-orange background. The blossoms are not rendered with any shading or line work, and resemble paper cut-outs. The formal floral repeats would not look out of place on a page of Owen Jones’ 1856 treatise, The Grammar of Ornament, but the highly-saturated palate and overblown proportions effectively update an old Victorian concept. In fact, the pattern has such staying power that “Wilde Carnation” is still sold by Osborne & Little today. It is available as both a textile and a wallcovering, though oh-so-sixties orange and green colorway is no longer in production. The pattern was designed by Little, who acted as the company’s design director before retiring in 2005.

← Preserved in Paracas
The It Girl →