Marion Dorn, Back in the USA 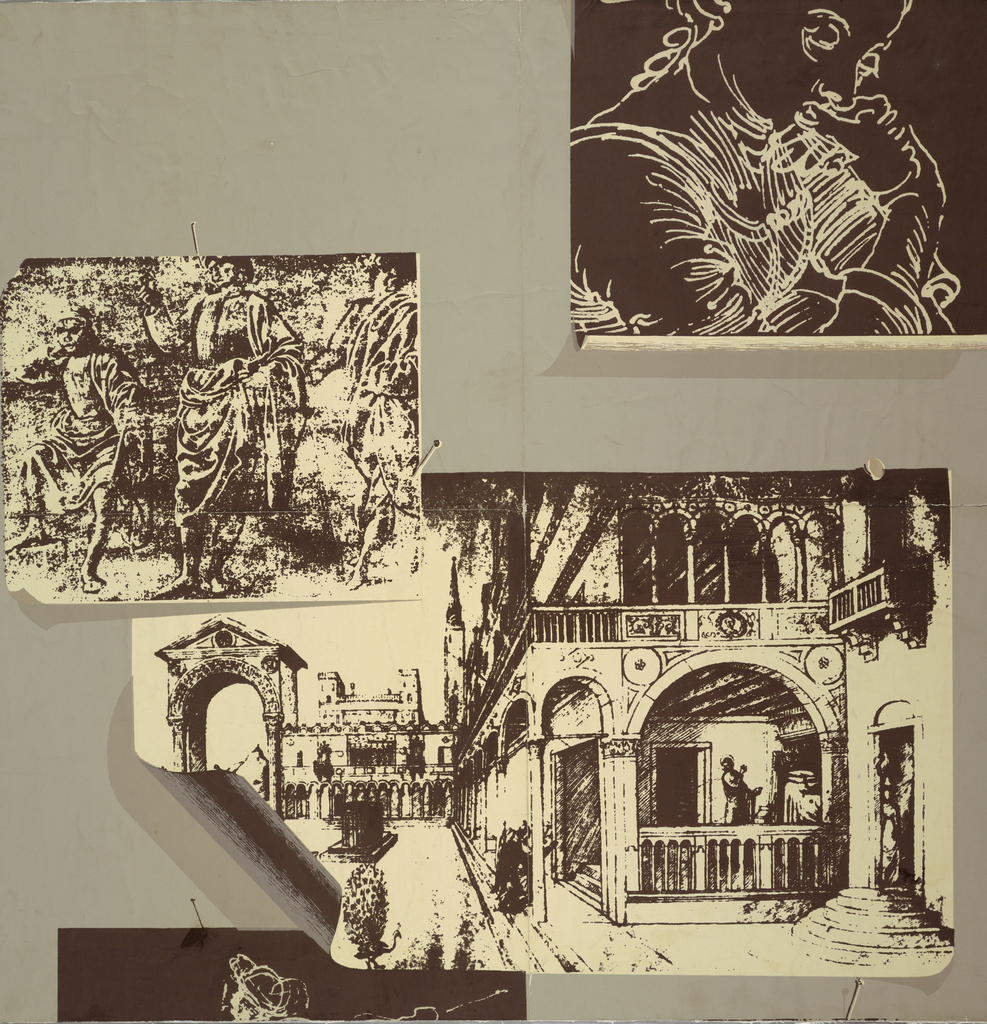 American designers Marion V. Dorn and E. McKnight Kauffer returned to New York in 1940 after a long, productive period working abroad in England. Their retreat, spurred by World War II, was a hasty one. Dorn, the more resilient of the pair, spent much of the 1940s re-establishing her career, even briefly designing scarves for companies such as Echo and Combier-Chauvin. [1] Keenly aware of design trends, Dorn absorbed all that New York had to offer despite the challenges of working during the lean wartime years. Residing and working near midtown Manhattan, Dorn had easy access to The Museum of Modern Art and the New York Public Library, as well as auction houses and galleries. Just after World War II, new trade magazines like American Fabrics and Interiors began reporting on developments in the design profession. These likely held great interest for Dorn. Her immediate response to the postwar American design scene can be seen in the page below where Dorn is surrounded by her designs of large-scale florals and other patterns showing pre-Columbian influences.

While Dorn tempered her modernist flair for the more conservative American market—a contrast with the European market that embraced avant-garde trends in art—there were opportunities to explore other spheres of influence. During the war, when Americans were effectively cut off from European fashion and design, a deliberate pivot to the art, design, and culture of Latin America occurred under the auspices of the Good Neighbor policy, a foreign policy aimed at promoting good relations between the United States and Latin America. Ruth Reeves, textile designer and Dorn’s friend from the 1920s, re-released with Morley-Fletcher Inc. several of her pre-Columbian–inspired fabrics from the early 1930s such as Maya and Yaxchilan. Dorn was not immune to this influence, creating a scarf for Combier-Chauvin with abstracted motifs inspired by Mayan carvings. Another Dorn textile, Zapotec, said to be inspired by the stone carvings at Monte Alban, Mexico, was used to upholster a sofa by furniture designer Harvey Probber. Other examples were Plaque Toltec and Maize, both produced with textile company start-up Silkar Studios. For Plaque Toltec, Dorn looked no further than the Brummer Gallery on 57th Street in New York, using a Mayan-style jade carving (now in the collection at the Cleveland Museum of Art) to create a repeating pattern of faces in profile, described by House & Garden as “ancient masks.” [2] Dorn created two versions of this fabric; the one illustrated here was created with interlocking geometrical shapes forming horizontal stripes between the faces.

Dorn likely created just a handful of designs that looked to Latin America, although her exact output is difficult to assess because she was not always credited for her postwar textiles. The surprising absence of Dorn’s postwar work in American museums also contributes to this challenge. By the early 1950s, Dorn was designing with more art historical references in mind, looking to Italy, Greece, and Turkey for her carpet, textile, and wallcovering designs. To Dorn, design appeared to be engaged in a tug of war between two trends: the starkness and functionalism of northern Europe versus a longing for bright color and texture in the form of preindustrial or so-called “primitive” effects. She chose to reject the novelties of the period, stating that “new is often the oldest thing we know.” [3] Her approach blended an awareness of current style with a regard for tradition and art history. This can be seen at the top of the page in Master Drawings, her bold wallpaper with a trompe l’oeil pattern for Katzenbach & Warren, showing old Italian master drawings pinned to a wall, edges curling and casting shadows.