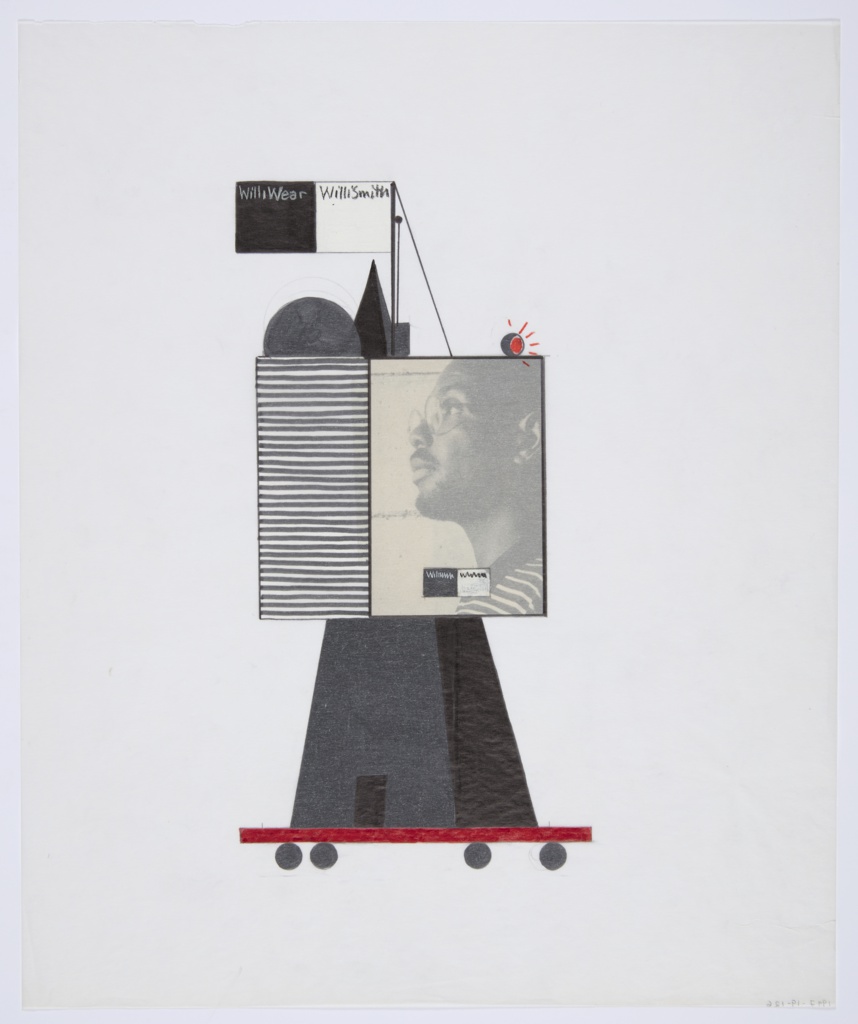 In 1987, artist and designer Dan Friedman was commissioned by his friends and collaborators Willi Smith and Laurie Mallet to design the interior of a new Paris retail store for their clothing brand WilliWear. In New York, the WilliWear showrooms, designed by architecture studio SITE, had utilized raw elements of the street to create an immersive shopping experience, energizing Smith’s colorful fashions by juxtaposing them against a gray backdrop of chain link fencing and crumbling bricks. Friedman’s design likewise subverted expectations about typical corporate architecture. The resulting environment embraced the playful WilliWear spirit through Friedman’s unique queer design sensibility.

Friedman led a complex and rich career, beginning as a graphic designer. In the 1960s, he studied with typography teachers in Basel, Switzerland, who were pioneering a radical shift away from the rigid lines and clear rules that had distinguished the look of modern graphic design for decades. Friedman’s graphics and those of fellow Basel School designers stretched the limits of legibility, bending letterforms in energetic and playful ways. He was essential in bringing this new postmodern style to the United States, where he taught graphic design students at Yale and SUNY Purchase, and designed campaigns for major clients such as Citibank.

In the late-1970s and 1980s, Friedman broke away from graphic design and immersed himself in the downtown New York art scene while he experimented and evolved a multidimensional design practice, most notably in the living laboratory that was his apartment. It was during this time that he met the fashion designer Willi Smith, who became a friend, collaborator, and a collector of Friedman’s designs—Smith’s downtown loft was decorated with several pieces of Friedman’s early furniture, including one of the first screens he exhibited. Throughout the 1980s, WilliWear established a reputation for engaging artists and performers across disciplines to create WilliWear stores, runway performances, and films, which served as forward-thinking platforms for disseminating WilliWear’s affordable fashions. Friedman said of Smith and Mallet at the time that “they believe in creative people on the cutting edge, whether they be in theater or art.”[1]

Friedman’s design for the Paris store creates an immersive, celebratory environment. Bright furniture forms in bold colors clash against natural materials like the raffia tassel that accented the store’s central counter. The store’s floor was colored a pale shade of pink and decorated with geometric shapes rendered in glitter resin. Friedman’s attention to color also demonstrates his graphic sensibility—in this drawing from Cooper Hewitt’s collection, we can see how he translated the black and white of the WilliWear logo to a conceptual retail kiosk emblazoned with Smith’s portrait. Other studies from the National Museum of American History archives demonstrate how Friedman applied the scheme to the design of the shelving and counter.

Dan Friedman’s approach to design embraced an individual sensibility radically different from the norms of contemporary corporate branding and space. He played with color, form, materials, and meaning to subvert societal expectations.

Julie Pastor is a curatorial assistant at Cooper Hewitt, Smithsonian Design Museum, and part of the curatorial team of Willi Smith: Street Couture. Explore the Willi Smith Community Archive for more stories about Smith and his collaborators.