Something Fishy for Your Walls 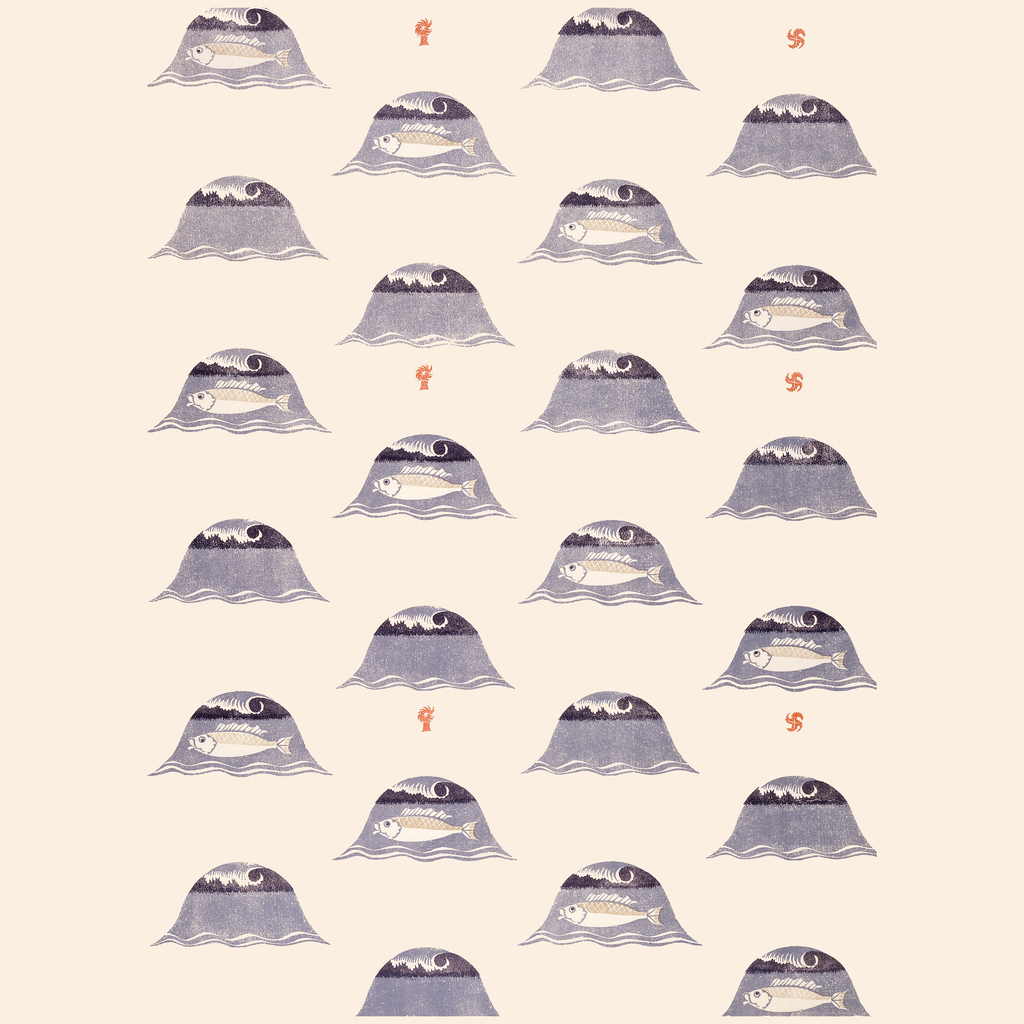 Posted by Gregory Herringshaw on February 18, 2020

The Curwen Press got its start in east London in 1863 as a music publisher. The scope of the business expanded and in 1920 began including book publishing and artist prints. It was at this time that the Curwen Press made contact with the Royal College of Art and began commissioning young artists, among them Edward Bawden. Curwen Press is still active today.

Edward Bawden was a watercolorist, book illustrator, mural painter, and graphic designer. His repertoire included designing posters and ephemera for the Underground Group and London Transport from 1924-1952. Bawden was inspired to begin designing wallpapers in 1925 when he saw Daisy wallpaper by William Morris in an exhibition. Bawden was very proficient with linoleum block prints and most of his wallpaper designs were originally printed using this technique.

Harold Curwen, of the Curwen Press, saw some of Bawden’s early designs and wanted to transfer the designs to his lithographic press so they could be reproduced and sold. Curwen Press was known for their lithograph printing and they chose to copy Bawden’s designs in this technique. Bawden designed fourteen wallpapers for Curwen Press between 1926 and 1933. While lithography beautifully captured the irregular surface of the linoleum print it did have limitations. This method could only print on small sheets of paper, with each sheet being a single repeat. So the wallpaper was not produced in rolls as was the standard practice, but printed on individual sheets.

Lagoon contains a water theme with each swell containing a wave motif and water ripple, while each alternating row contains a fish. The lithographed wallpapers are printed in oil pigments which makes them inherently water resistant so this paper could have been used in a bath or wash room. The Cooper Hewitt collection contains 17 wallpapers designed by Edward Bawden, including Lagoon from 1929.