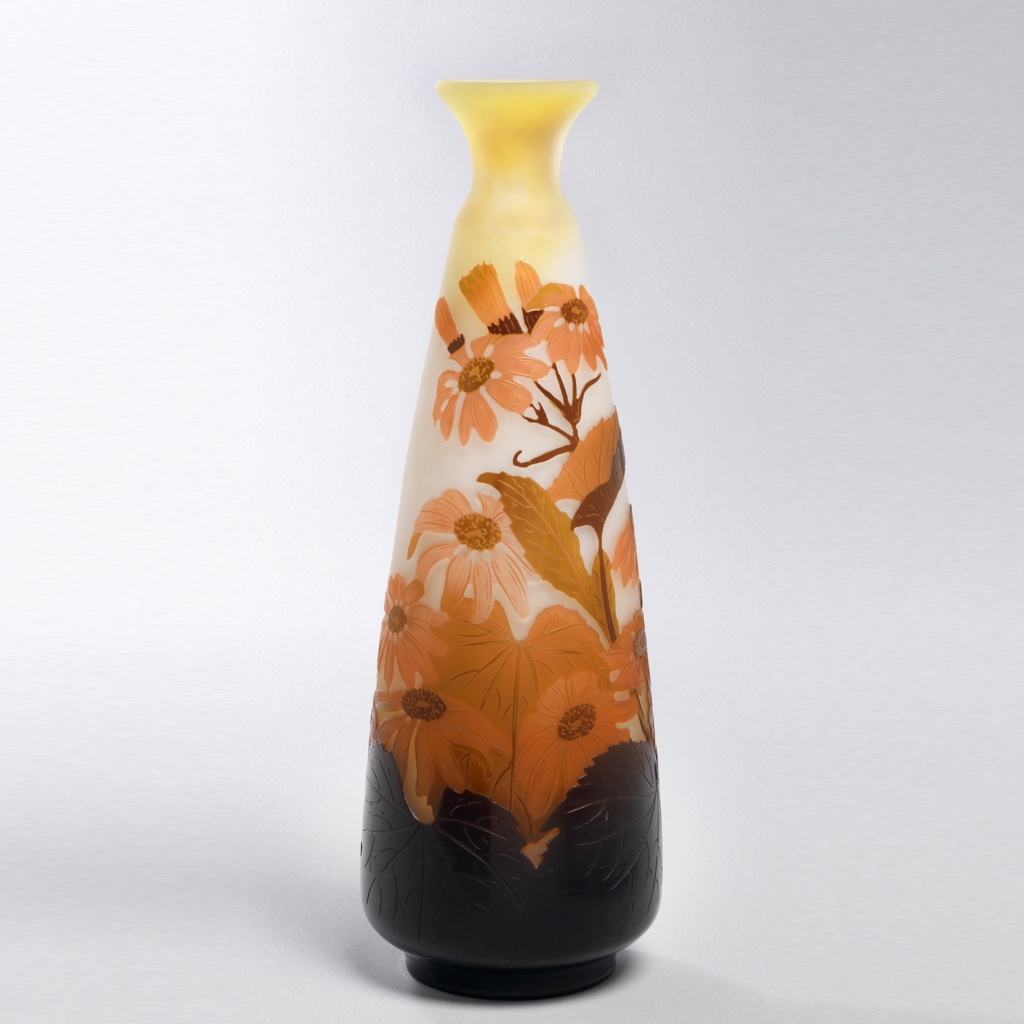 Growing up in Nancy, France, in the 1850s, Emile Gallé liked going to the city’s botanical gardens and walking the surrounding countryside of Lorraine. His interest in nature further expanded when he took classes with Professor D. A. Godron,[i] and their botanical expeditions led the young student to draw animals, insects, and plants. Gallé’s career as a designer started some years later when he worked in his father’s faience and furniture firm. Shortly after, he established his own glass studio, and took over the family business in 1875. At its height at the turn of the twentieth century, Gallé’s workshop employed around 300 workers.[ii]

At the same time, he continued investing in his career as a botanist. Gallé was the secretary of The Société Centrale d’Horticulture de Nancy from its foundation in 1877 and also temporarily edited the organization’s journal. In 1880, he was also made a member of the supervisory committee of Nancy’s botanical gardens. But if science allowed Gallé to understand plants and organisms better, he also believed that this scientific knowledge should never be applied directly in his works, where a more nuanced perception was necessary to express nature’s subjective and complex qualities.

This tall vase with a wide base and flared mouth depicts peach and amber flowers on a yellow background. Gallé represented close to 200 varieties of plants in his work in glass, wood, and ceramics, so there are countless species he may have chosen to reproduce artistically in this piece. His experiments with color mixing in making glass should be understood as both scientific exploration and an affinity with nature: not only were these color combinations made with natural materials, but the mixtures emulated the appearance of precious and natural hard stones, as well as the diversity of shading within nature. [iii]

← Dora’s Damask
Beyond the Crystal Palace →

Can I just say what a comfort to uncover somebody that actually
knows what they are discussing online. You actually know how to bring a problem to light and make it important.
A lot more people need to look at this and understand this side of
the story. I was surprised that you’re not more popular since
you surely possess the gift.
Chelsea Trikot Kinder

That is very kind, thank you!