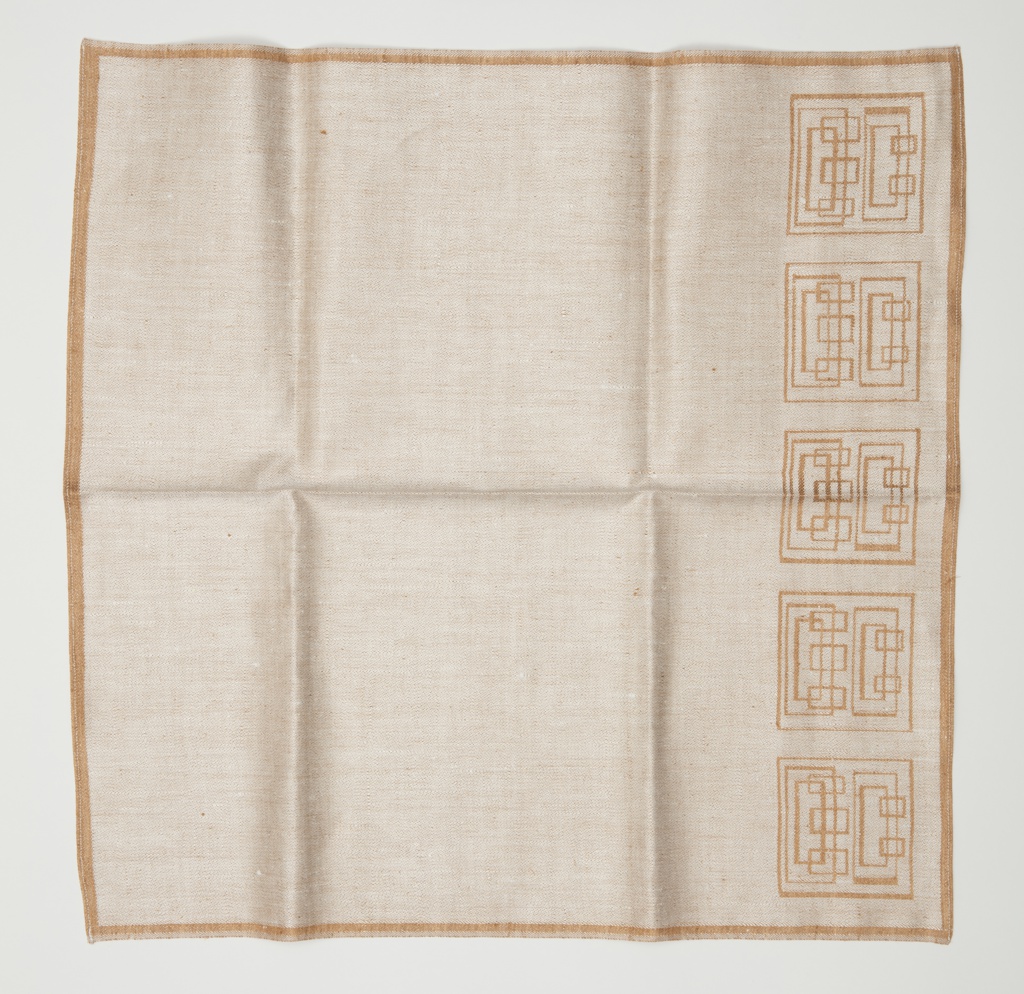 The name Dora Jung (Finnish, 1906-1980) is closely associated with damask weaving, a technique in which the shiny face of satin weave and its matte reverse are manipulated to create subtle patterns. Over the course of her long career, Jung developed a variety of new techniques in damask patterning though her experiments in hand-weaving wall hangings, such as Doves, for which she was awarded the Grand Prix at the Milan Triennale in 1951. Throughout her career she also collaborated with Tampella AB, a large-scale producer of table linens. Between 1936 and 1972, she designed a prolific number of linens for the company, including 24 tablecloth sets, 6 towel sets, and 17 small domestic items. The designs found an international clientele.

Street was designed in 1962 and remained in production through 1973. It was one of several geometric, linear patterns she created in the late 1950s and early 1960s, including Line Play (1956), also in the museum’s collection. The napkins, with a design of interlocking rectangles along one edge, coordinated with a tablecloth with the same design in the center and the four corners. The set was offered in tan, green, olive, blue, or yellow.