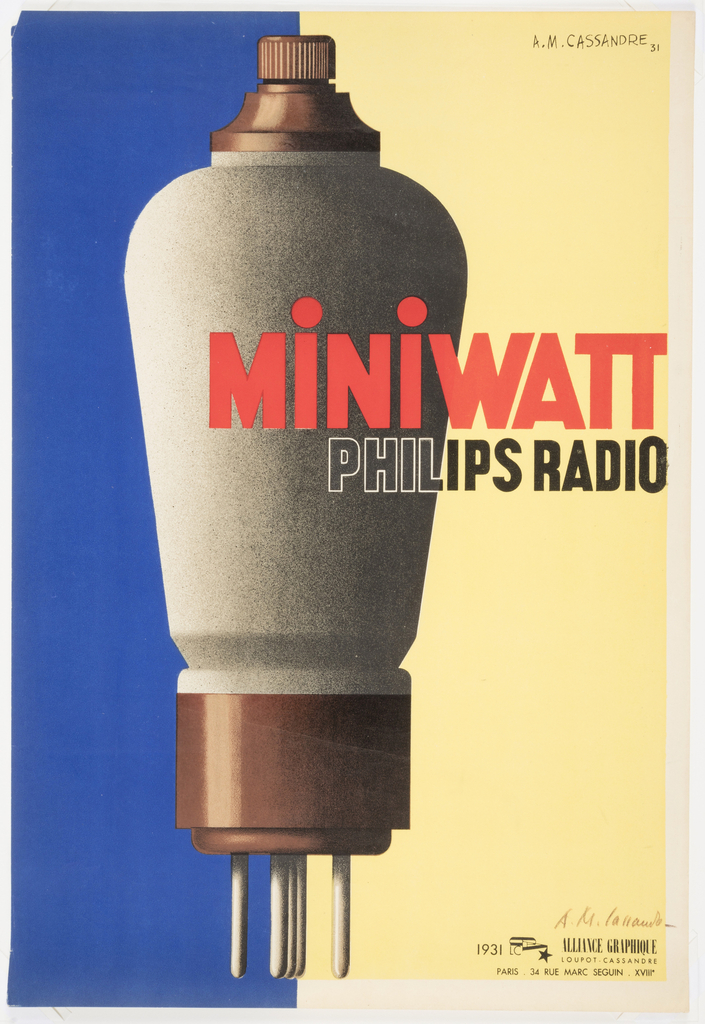 When legendary French graphic designer A.M. Cassandre was hired in 1931 to produce this poster for the Dutch light bulb and radio tube manufacturer Philips, he was at the high point of his career. Together with fellow poster designer Charles Lupton, Cassandre had founded the printing and publishing collective Alliance Graphique in Paris, France.[1]

Cassandre worked in the now widespread tradition of the sachplakat (object poster), and used as his focal point a detailed rendering of the product he was advertising: a Philips Miniwatt Type E444 diode-tetrode radio valve lamp.  Cassandre cleverly placed the radio valve slightly to the left of the composition, rather than centering it.  He justified his text to the right, and created a striking typographic design, rendering the word “Miniwatt” in capital letters except for the two “i” characters.  The design emphasizes the “mini” quality of the tube, which in Cassandre’s design is rendered larger than actual size. The poster was lauded in the Dutch press, which remarked that the two dots above the “i’s” reminded them of two eyes staring out at the viewer.[2]

← The Complexities of Cross Looping
Day Without Art at Thirty →