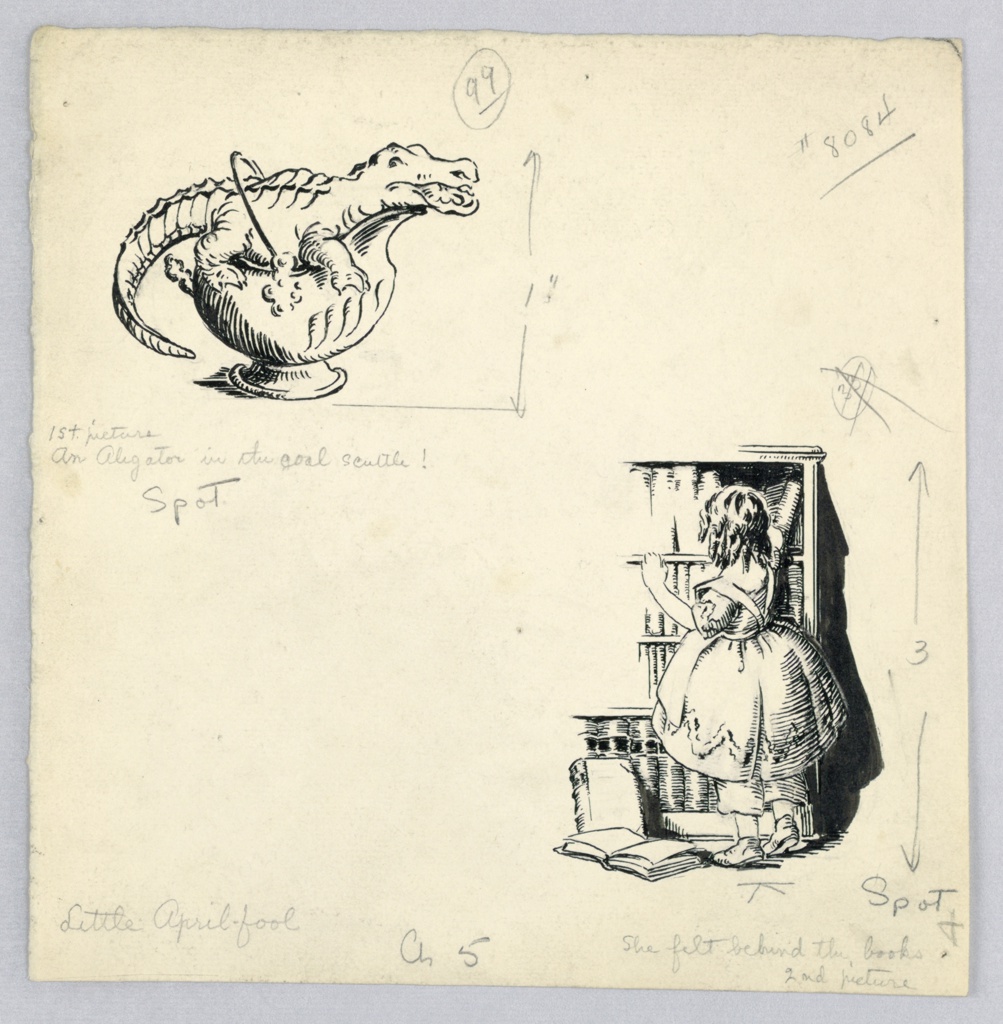 The collection at Cooper Hewitt, Smithsonian Design Museum includes nearly 500 drawings from the estate of illustrator Florence Choate. Born in Elizabeth, New Jersey, in 1878, Choate studied at the Art Students League in New York where she was awarded scholarships in portrait and figure drawing.  There, she met fellow student Elizabeth A. Curtis, who would become her lifelong collaborator. The two would go on to illustrate, write, and publish more than 20 children’s books together. The collection at Cooper Hewitt includes sketches for some of their best-known works, including The Little People of the Hills, Pinafores and Pantalets, Abby in the Gobi, and Tales from the Amazon.

The illustrations above were used for a short story titled “Little April Fool,” which appears in one of the pair’s first books, Pinafores and Pantalets.[1] In the story, a father tries to trick his children into looking for extraordinary things around the house by claiming that there is an alligator in the coal bucket or a horse hiding behind the books.  Although he made up the alligator, the father did hide a toy horse and carriage on the bookshelf as a surprise. These drawings were likely sent to the publisher, and include notes for the printer about the size and captions.

The collection at Cooper Hewitt also includes rougher sketches for some of Choate’s books, offering insights into her working process.  For example, these preliminary drawings show the development of characters for Abby in the Gobi and would later become the basis for the books’ end pages.[2]  The story begins with an archaeologist discovering a mysterious egg buried in the Gobi Desert, and then recounts the unusual events that placed it there.  Abby the Dinosaur’s animal friends describe how she tried to take her egg to the sea to hatch, but ended up burying it to protect it from boiling in the heat. Characters shown here include Mr. Baldplate the Eagle and Pol the Parrot, a colorful bird known for his even more colorful language.