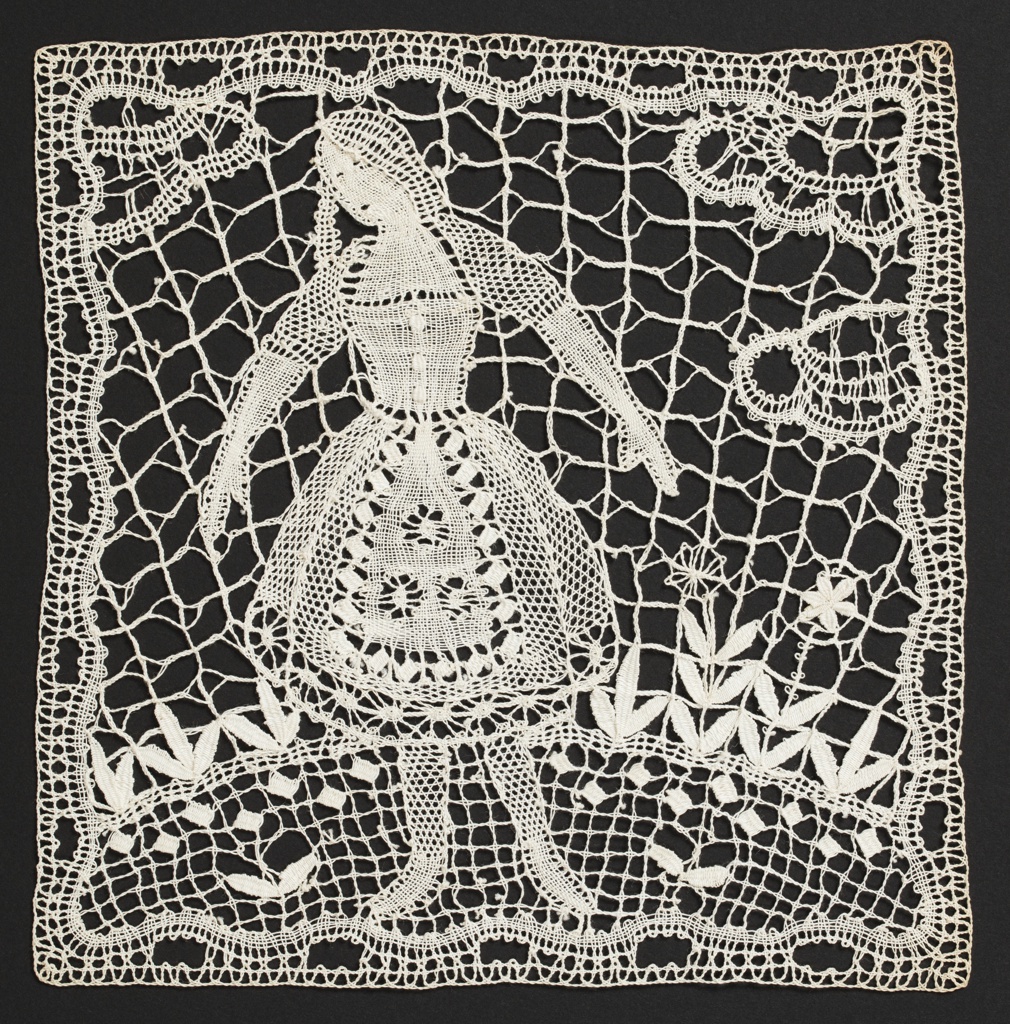 Posted by Kimberly Randall on August 6, 2019

This group of lace doilies and inserts were produced in 1922 by the Wiener Werkstätte under the direction of Dagobert Peche (Austrian, 1887–1923). All four are handmade, but were produced in multiples as both the round doilies and square insert with a male figure are remarkably similar to ones found in the collection at MAK in Vienna. Even in multiples, each was the result of good design made by the hands of skilled craft workers. They were made and often purchased in matching and coordinating sets, and the designs could be reused over time. As an organization of designers and craftspeople, the Wiener Werkstätte modeled their production on an Arts and Crafts ideal: to achieve their goal of making available to the public well-designed goods of superior craftsmanship.

The textile department at the Wiener Werkstätte first began producing lace after 1911. Their early lace designs were fine and delicate and largely favored abstracted rectilinear designs punctuated by isolated floral motifs. Under Dagobert Peche, lace designs shifted in favor of a large open mesh made with heavier threads. Designs became more figurative and exuberant, favoring a baroque Austrian style that depicted fashionably dressed men and women in a variety of expressive poses as well as mythic and symbolic figures such as stags, peacocks and cherubs. Under Peche, women designers became more prominent, and with this acquisition, two pieces of lace by Anny Schröder-Ehrenfels (Austrian, 1898–1972) are added to the collection.

Kimberly Randall is the Collections Manager for the Textiles Department

← No Surf with this Turf
Popping Pills →