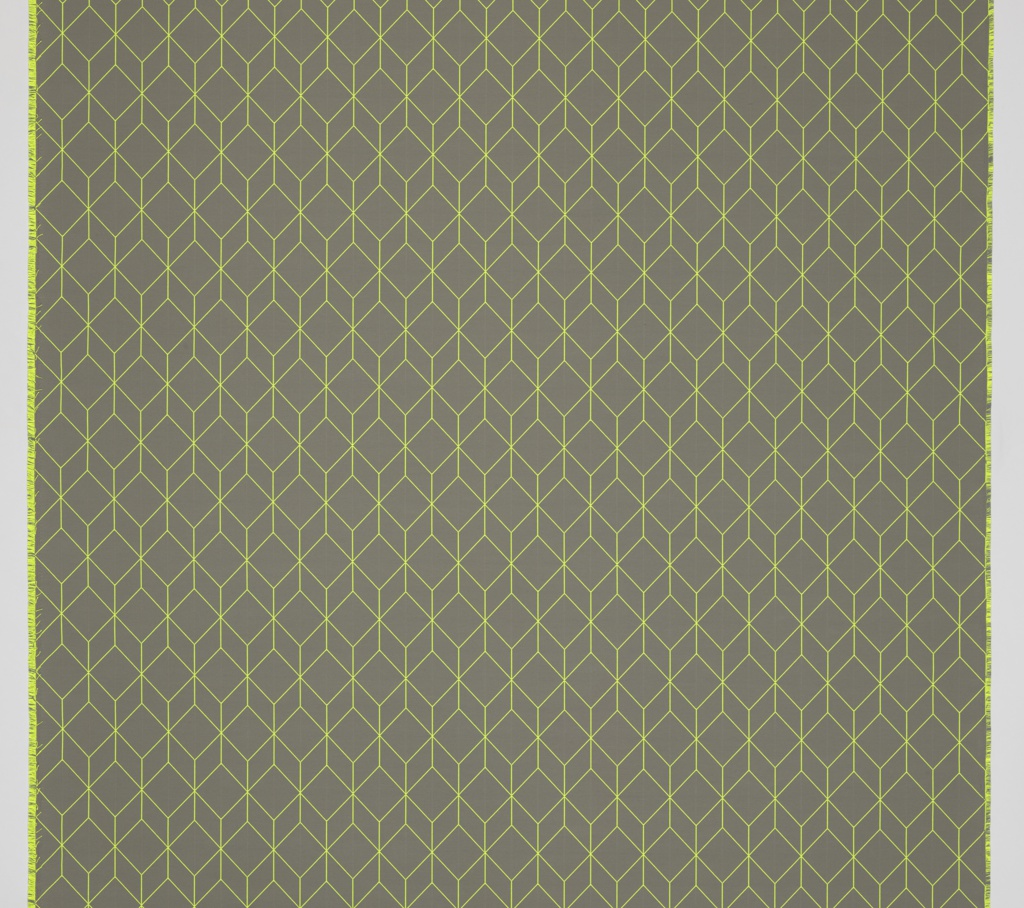 Along with Bright Grid and Bright Angle, Bright Cube is the second series of products designed by Dutch designers, Stefan Scholten (b. 1972) and Carole Baijings (b. 1973) of Scholten & Baijings in collaboration with Maharam. Their first, Blocks and Grid, is in Cooper Hewitt’s collection.

Scholten & Baijings’s work is characterized by minimal forms enhanced by simple geometric patterning and an acute sense of color, from pastel to fluorescent. Color is their “hallmark,” according to Stefan Scholten, and is one of the elements they use to transform anonymous mass-produced items into those with a personal touch.

Demonstrating Scholten & Baijings’s signature pattern language—developed over many years and across mediums—the three Bright textiles are linear and precise, with an almost etched quality. Likewise, the nuanced color combinations and material contrasts seen in the Bright grouping are reflected throughout Scholten & Bajings’s design work. The Bright textiles began with paper cuttings dyed by Scholten & Baijings. Progressing from simple to complex, the three textiles map the three-dimensional forms to which they are applied in luminous geometric pattern.

As with Blocks and Grid (2014), the essence of the Bright designs lies in the inherent possibilities for combination and variation. With a unified palette of five fluorescent colors, the textiles are designed to be used in tandem and to form new geometric relationships when combined. Palette variation derives from nuanced ground colors, which Stefan Scholten says “create new solutions every time.”

The Maharam Design Studio worked with the mill to develop fluorescent yarns that were saturated to Scholten & Baijings’s specifications and also met lightfastness performance requirements—a feature difficult to achieve in neon.