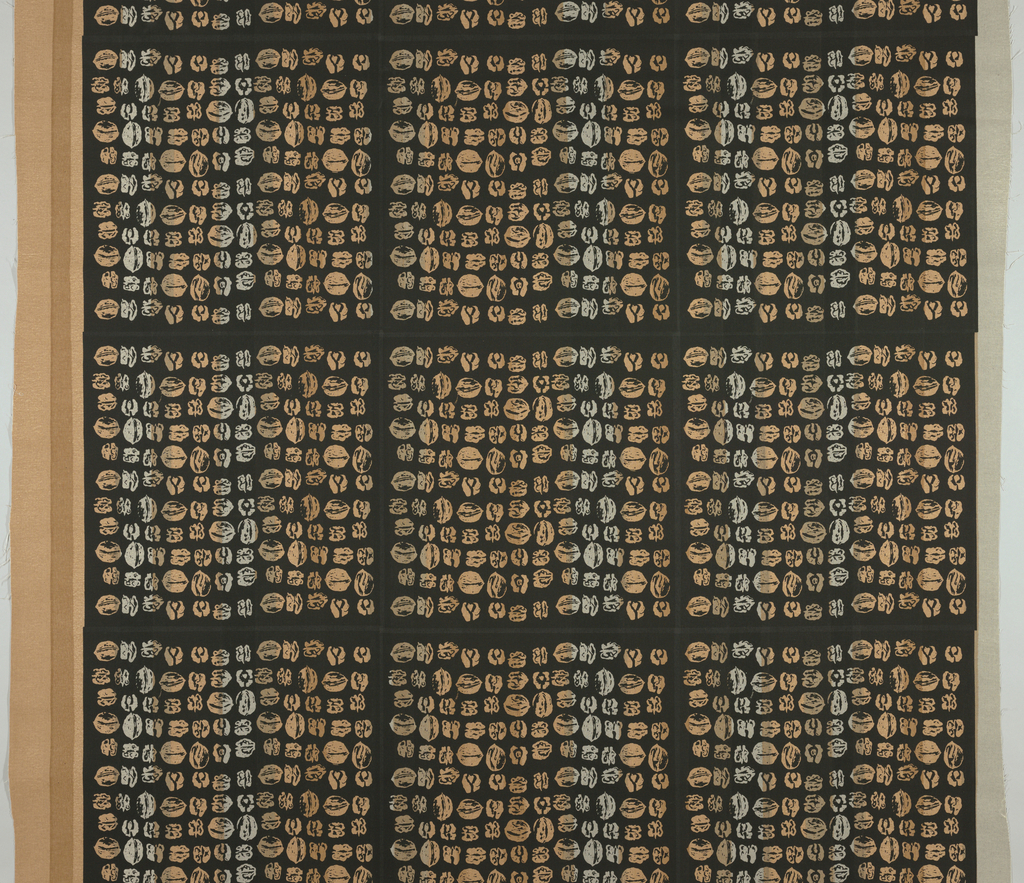 In his seminal 1976 book The Dyer’s Art, Jack Lenor Larsen wrote: “Without doubt one of the most successful combinations of innovation, craft and commerce in recent times has emanated from the various Tillett print studios.”

From the 1950s through the 1970s, the husband-and-wife team of Doris Doctorow (D.D.) and Leslie Tillett designed and printed custom yardage in their combined living and working space on Manhattan’s Upper East Side. Their technical innovations and intensive hand-production techniques often involved direct application of ink to cloth, giving and immediacy and uniqueness to everything they did.

Walnuts combines two Tillett innovations – the drag box and the cold wax system. The drag box was originally invented by Leslie’s father, George, who was also a textile printer, as a tool for creating vertical stripes. A box contains the ink, which is released in a controlled flow through a narrow slit at one end. The cold wax system is a mash-up of batik and screen printing. Leslie was inspired by ceramists, who used Mobilcer A, a cold liquid wax, as a resist against overglazes. The liquid could be applied through a conventional silk screen to fabrics to act as a resist against printing inks and pigments.

In Walnuts, drag-box stripes in grays and browns are revealed within the silhouettes of walnut shells, which are reserved on a black printed ground. The design was also printed on silk and used for men’s pocket squares.