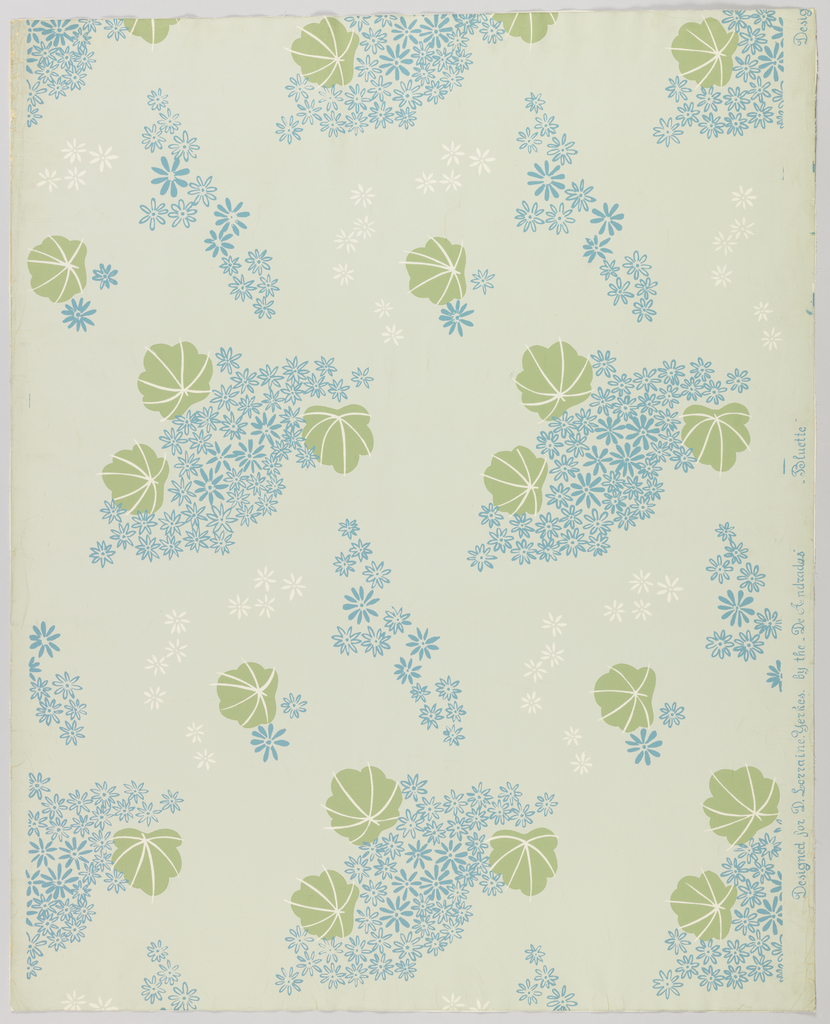 Gently swirling clusters of flowers and their accompanying foliage weave across this delicately colored repeat. Soft blues and greens evoke freshly opened blossoms while the stormy gray background suggests a recent or impending shower. Curving between the main clusters are constellations of small white blooms that highlight the rest of the composition, adding a layer of dynamism and movement that guides your eyes across its surface. Oscillating between white and blue, filled and translucent, the star shaped flowers add visual variety to an otherwise simple arrangement.

Titled “Bluette”, this wallpaper was created between 1938 and 1940 and is screen printed on paper. While the designers surnames are printed in the selvedge nothing is known about the De Andrado’s, possibly a husband and wife team, other than that they created designs for D. Lorraine Yerkes. Lorraine Yerkes was a well-known decorator and designer based in Chicago who commissioned many influential designers and it is apparent, through this connection, that the De Andrado’s were designers of similar caliber, versed in popular style.(1) This particular pattern uses graphic techniques often seen in Japanese design such as two- dimensional forms, flat colors, and stylized natural elements, which in this case are leaves and flowers. Japanese decorative motifs made their way into western graphic design through the import of Ukiyo-e prints and became an integral part of modern design language.(2)