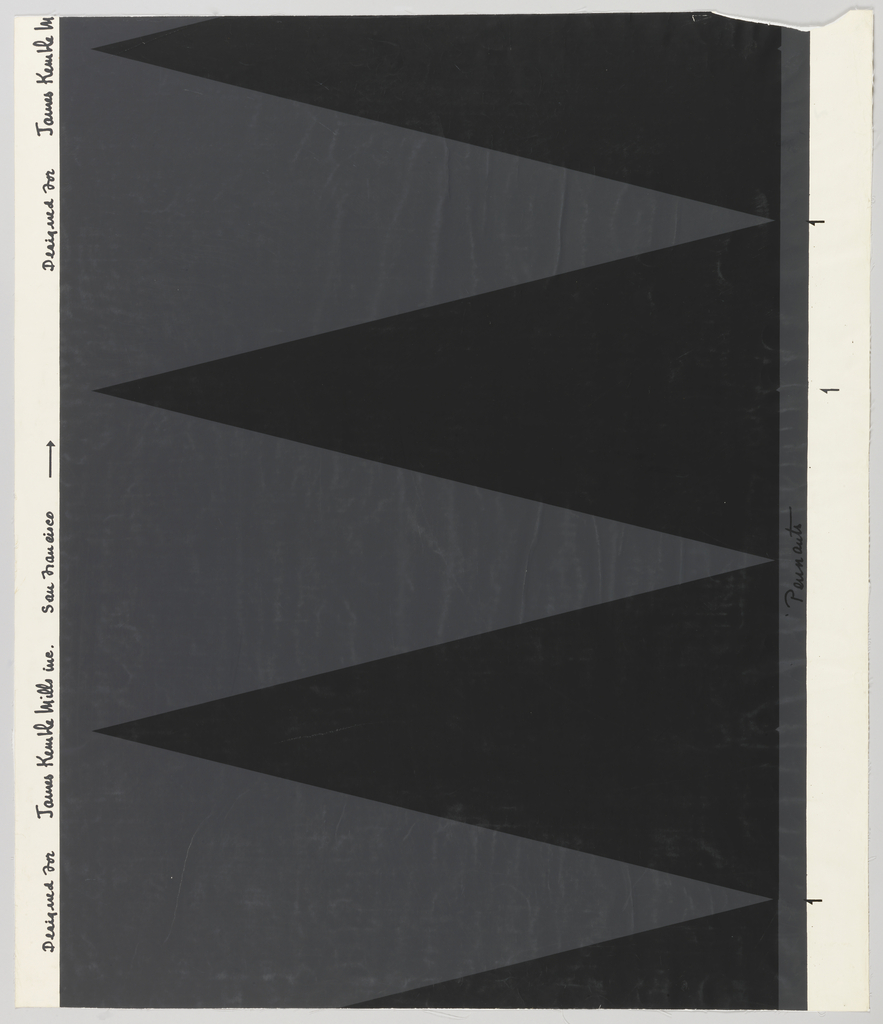 Posted by Gregory Herringshaw on April 2, 2019

I came across this unusual mid-century paper that I thought was designed for use as a focal wall, a very common wall treatment of the period. Initially I passed it by, thinking it was not interesting enough for an Object of the Day blog, but then I found an advertisement in an Interiors magazine that gives the design a lot more punch.

Given the very simple nature of this design, just rows of interlocking triangles printed in black and deep gray, it just seemed like a pattern one would get bored with quickly. The ad talks about how it was designed to be an interactive wallpaper, meant to be cut out and arranged and interchanged at will. The illustration included with the text shows a layout that is a lot more fun and stronger graphically than just a straight repeat of the pennant design. The illustration is shown in black and white but if the design was available in multiple colorways it could be interesting to swap in some triangles of different colors. Not much is known about the James Kemble Mills, Inc. wallpaper company. James founded his studio in San Francisco in 1945 and commissioned local artists for designs. The studio is known for producing trendy wallpapers and seemed to have a knack for interactive wallpapers. Another advertisement from this same period promotes a design called Flower Stand, which was printed in outline form to allow the purchaser to paint in their own colors to coordinate with their personal decor. A nice idea but sounds like a lot of work. We’ll just put that on the to-do list.

Greg Herringshaw is the Assistant Curator of Wallcoverings