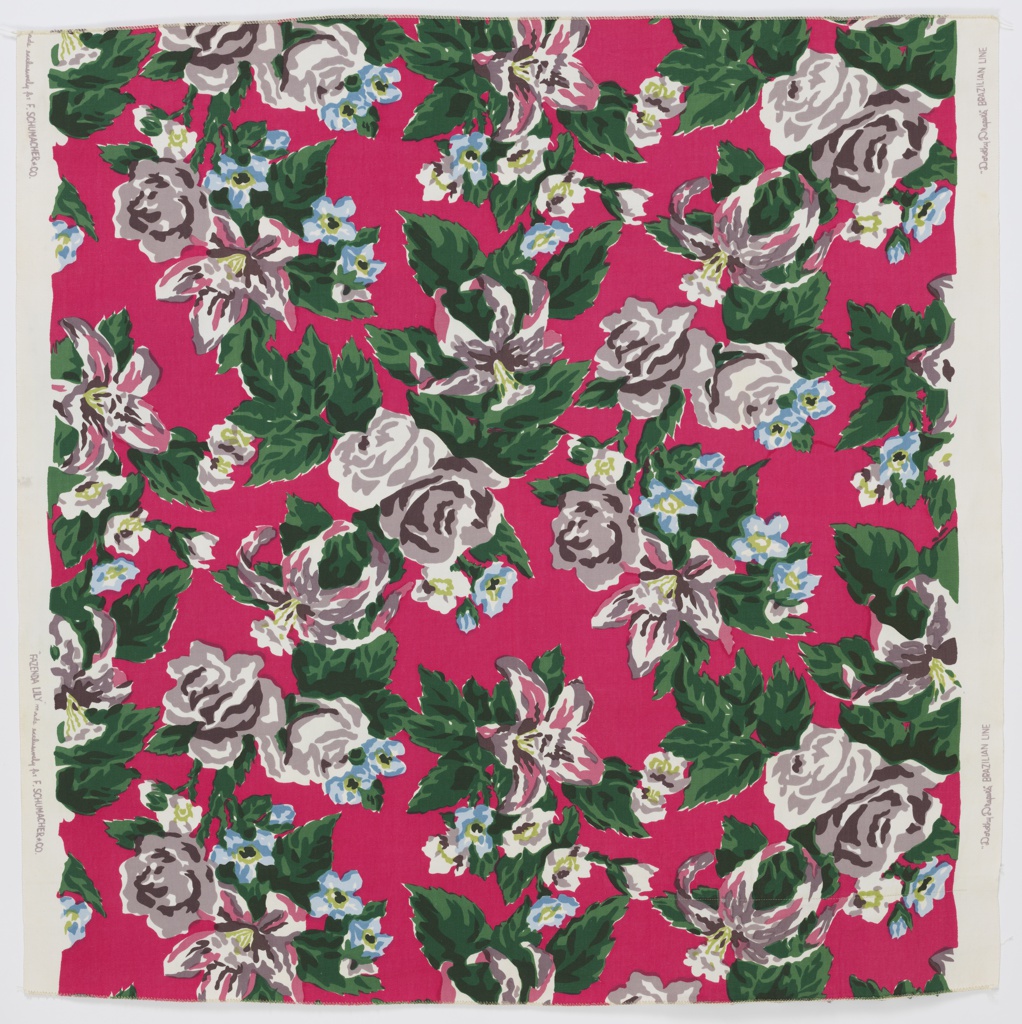 During World War II, commercial construction in the United States came to a standstill, but Dorothy Draper received a plum commission to design the interiors of Cassino Hotel Quitandinha, in Petrópolis, a mountain resort outside Rio de Janeiro, Brazil, designed by Italian architect Luis Fossatti and constructed by entrepreneur Joaquim Rolla. At the time it opened, the Quitandinha was the largest casino hotel in South America, and Draper’s contract was the largest commercial decorating contract signed to date, allowing her to maintain her company’s staff through the war years.

“South American colors will predominate,” she told the Christian Science Monitor, “sharp yellows, limes, cochineal, and a galaxy of greens, which we shall steal from the irresistible magnificence of the jungle with its great splashy leaves.” In conjunction with the highly-publicized project, Draper signed a contract with F. Schumacher & Co. for a line of fabrics based on the designs that had been created for Quitandinha. Called Brazilliance!, the collection featured scaled-down versions of the fabrics and wallcoverings used in the decoration of the resort, offered in twelve “brilliant tropical colors.” Designs included Carioca Stripe, Samba Stripe, Minas Cloth, and Fazenda Lily.

← Design Pulse: What is the Future of Mobility Design?
Swedish Grace in Glass →

One thought on “Fazenda Lily”

Lovely choice.
I am fascinated to learn more about the Dorothy Draper workshops, as in, who designed and/or did the stencils for her wallpapers?
Where could I find such information?
I study silkscreen technology as practiced by NYC artists in wartime NYC.
These artists had to be getting jobs as designers or technicians in wallpaper companies?
I have a few names I could share with you
Vicki