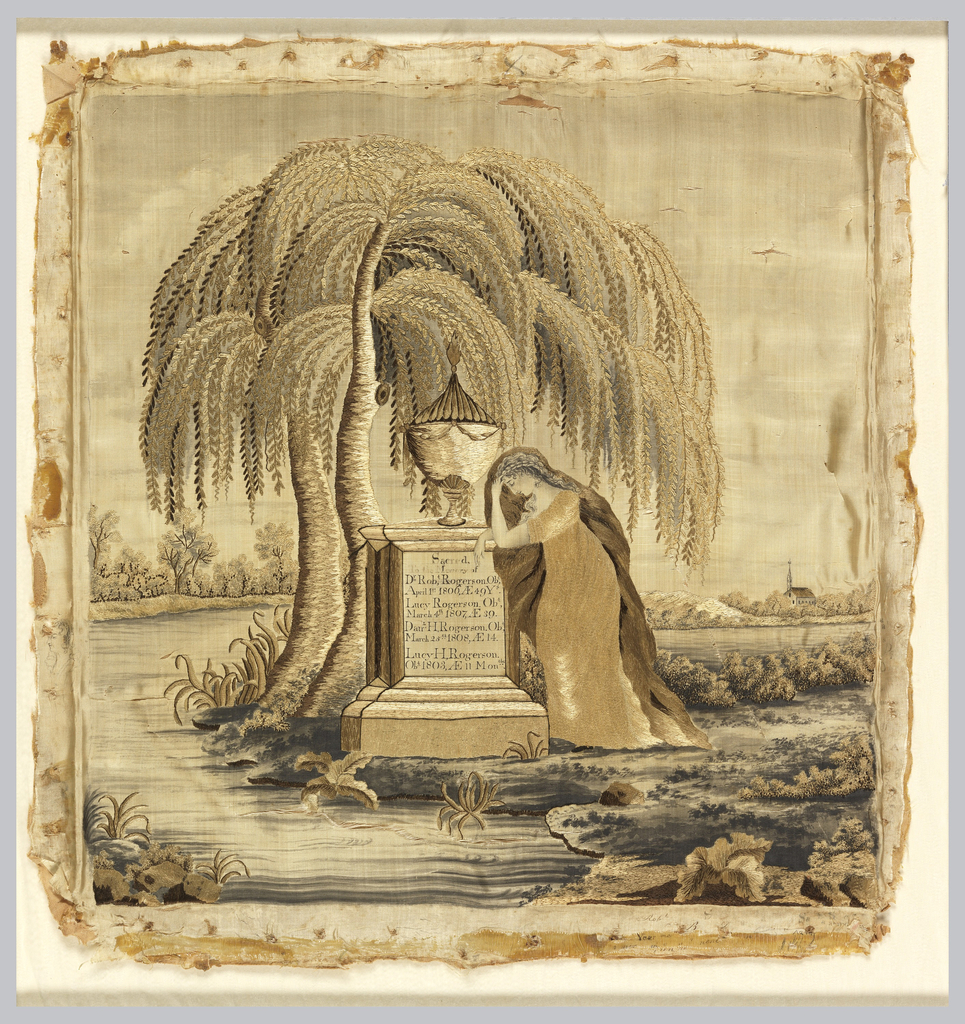 To a modern eye, mourning samplers sometimes seem insufficiently personal or idiosyncratic to represent genuine grief, relying as they do on stock motifs—the woman in classical dress leaning in a posture of grief against the tomb, under a weeping willow. In fact, mourning was perhaps more fashionable than emotional; following the death of George Washington in 1799, memorial pictures were produced in many media, and the fad of memorializing family members using the same iconography soon followed.

But the predictability of the imagery cannot mask the losses many children experienced. This sampler was presumably embroidered by a girl in her early teens who had lost two siblings and both of her parents in quick succession.