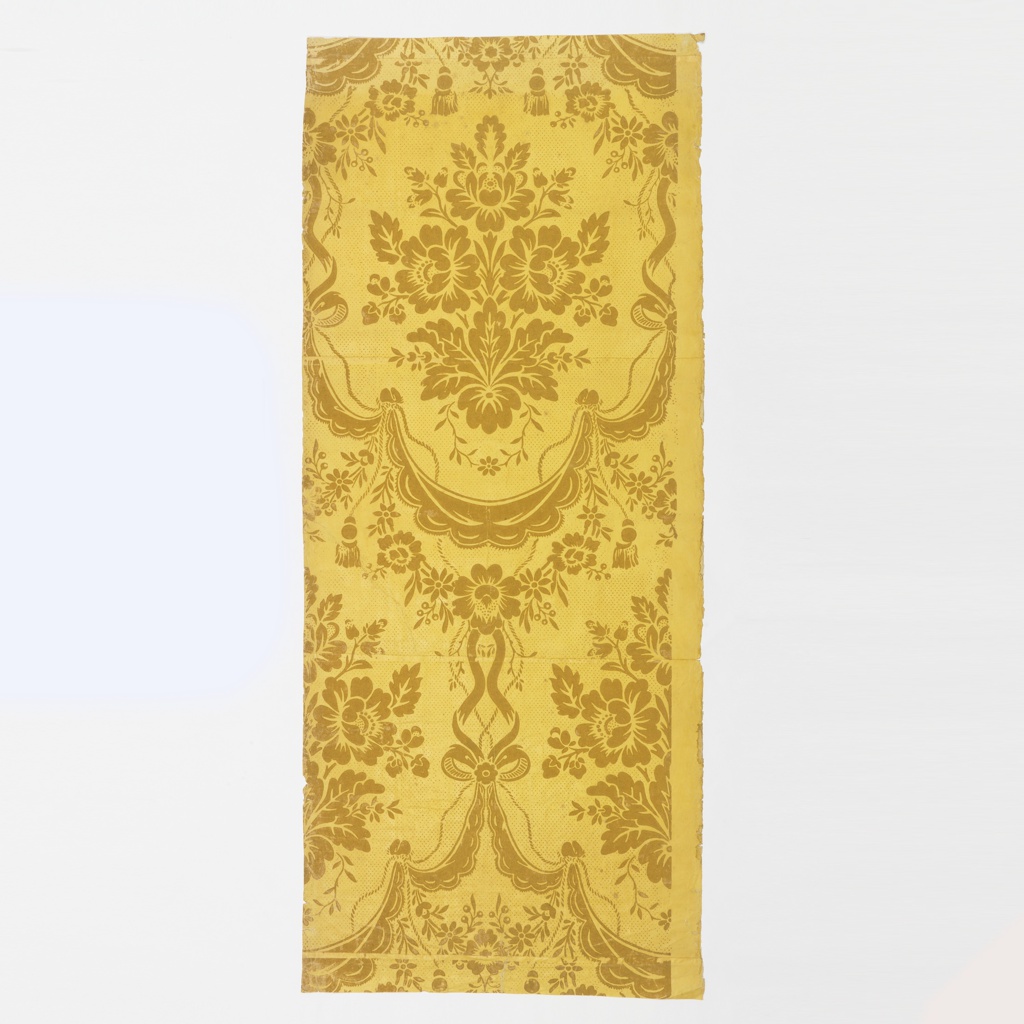 Posted by Gregory Herringshaw on October 3, 2018

During the 17th century, France and England, both major producers and exporters of wallpapers, were printing inexpensive decorative patterns on single sheets of paper. These were multi-use papers and were used for lining trunks and chests, as well as decorating walls. Outlines were printed by crude wood blocks and color was added by applying thin washes of transparent inks using stencils. Each sheet was a pattern repeat. By the 18th century the designs became more refined and many were designed specifically for walls.

By 1700, Britain had started pasting sheets of paper together to form a roll prior to printing. They also made developments in block printing and began using distemper colors (a mix of water, pigments and binding agent), which were thicker and more opaque than the inks used previously. This was a major turning point for wallpaper. The joined sheets allowed for larger, continuous designs that looked more elegant when installed, and designs were no longer limited to the confines of a single sheet. The distemper pigments allowed for brilliant color combinations not possible with inks. These two developments made wallpaper more attractive for the rising middle class. Most of these early British papers imitated other materials, including textiles and marble. British wallpaper producers was also well known for their flock papers which were imported into France as early as the 1750s. Historically, flock consisted of minute particles of wool, linen, or silk, which provided a reuse of textile industry by-products. England was the dominant wallpaper producer at this time and remained so at least until the 1770s, at which time France began making great strides in wallpaper design and production.

Gregory Herringshaw is the Assistant Curator in Wallcoverings.

One thought on “Blocked and Flocked”

interesting wallpaper flocking history, but it’s “were,” not “was also well known”