Space Walk With Me 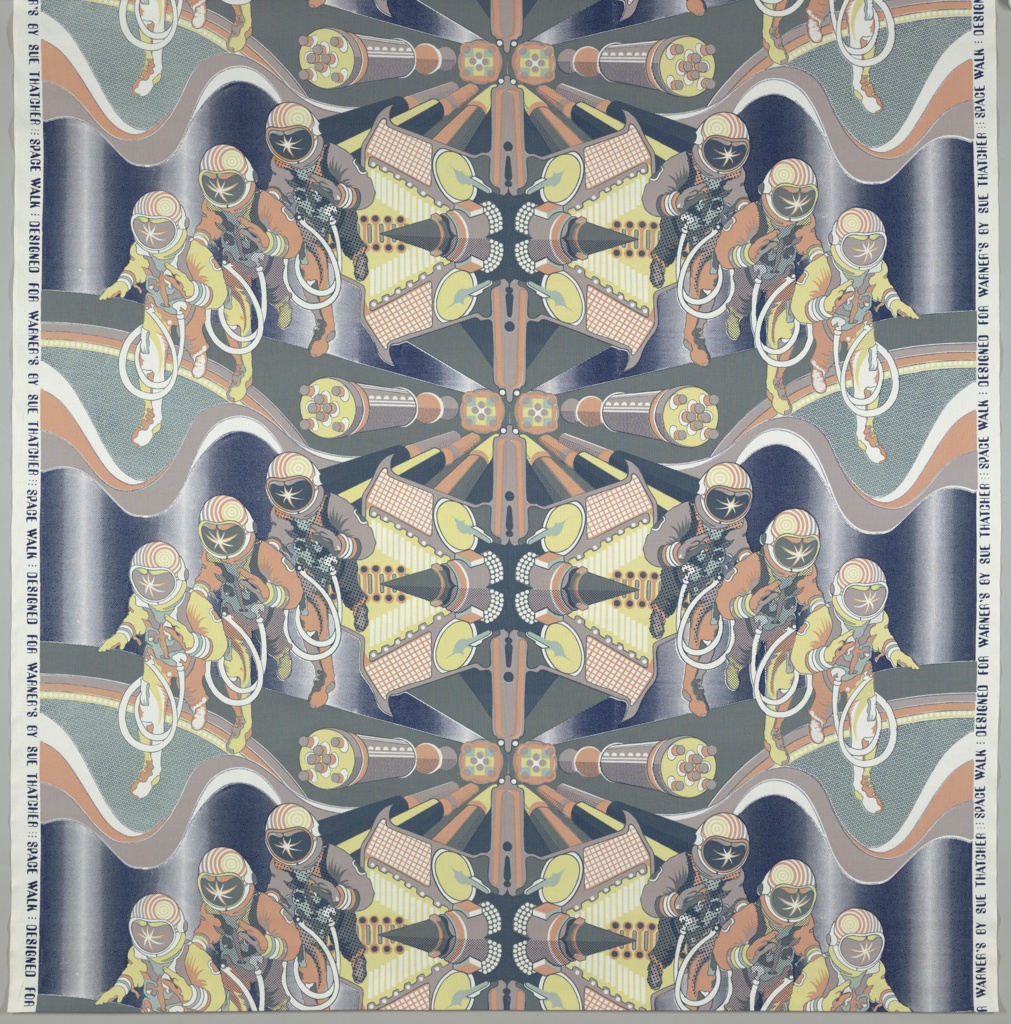 Sue Thatcher Palmer’s Space Walk is a psychedelic trip through zero gravity far removed from the black and white solemnity of Neil Armstrong’s “one small step for man.” Palmer’s kaleidoscopic design – the full repeat visible only once two lengths of the fabric are sewn together – features a cascade of astronauts emerging from a pulsating lunar module, their weightless, bounding movements made visible as undulating waves. Behind them, the blackness of space is depicted as a rippling curtain, an unearthly backdrop for an unearthly place.

In 1969, British-based Warner Fabrics released two printed textile designs depicting astronauts in space: Space Walk and Eddie Squires’ Lunar Rocket. Lunar Rocket is a clear homage to the Apollo 11 mission to the moon and features imagery borrowed from and inspired by news media. The Saturn V rocket, the orbiting Apollo 11 spacecraft, and the moon in waxing crescent phase – just as the astronauts would have seen it – combine to form an accurately rendered pastiche of famous photographs and film stills of the day. Palmer’s use of Ben-Day dots suggests she also sourced her design from newsprint, but it is, in fact, pure imagination. Space Walk was submitted April 21, 1969, three months prior to Armstrong and Aldrin’s historic moon walk. [1]

Dr. Natasha Thoreson is the Historic Site Manager for the City of Plymouth, MN and the Plymouth Historical Society. She is the co-editor of the Textile Society of America’s newsletter.

← A Missing Verse
Unfolding the Universe →

One thought on “Space Walk With Me”

“one small step for mankind,” not “man.” Google for accuracy.