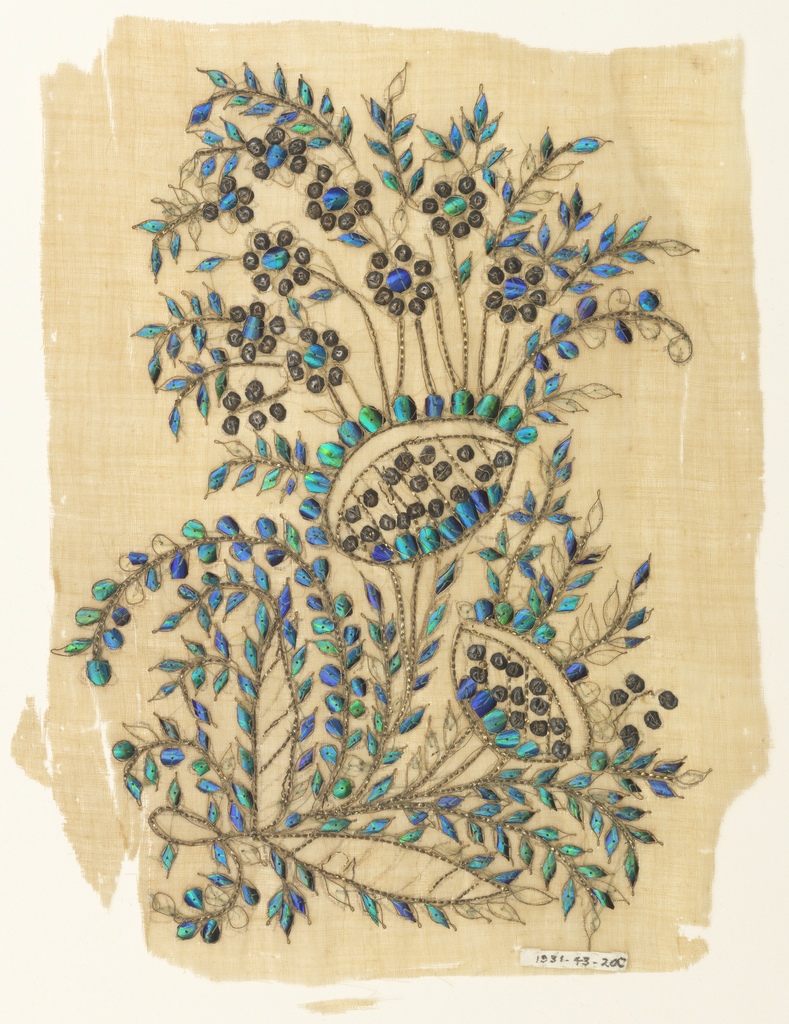 To celebrate the opening of Iridescence, on view through March 24, 2019, Object of the Day this week will feature iridescent objects in the collection. Today’s post was originally published on February 6, 2015.

Valued for their iridescent blue-green-purple color, the wing casings, or elytra, of the Buprestidae Jewel Beetle have been used for centuries to adorn clothing and jewelry in India, among both indigenous groups like the Naga, as well as in Mughal court costume. In the 19th century an export trade developed around Calcutta, where gossamer-fine cotton muslins were embroidered with gold threads and beetle wing “sequins,” bringing a taste of the exotic to fashionable European ladies.