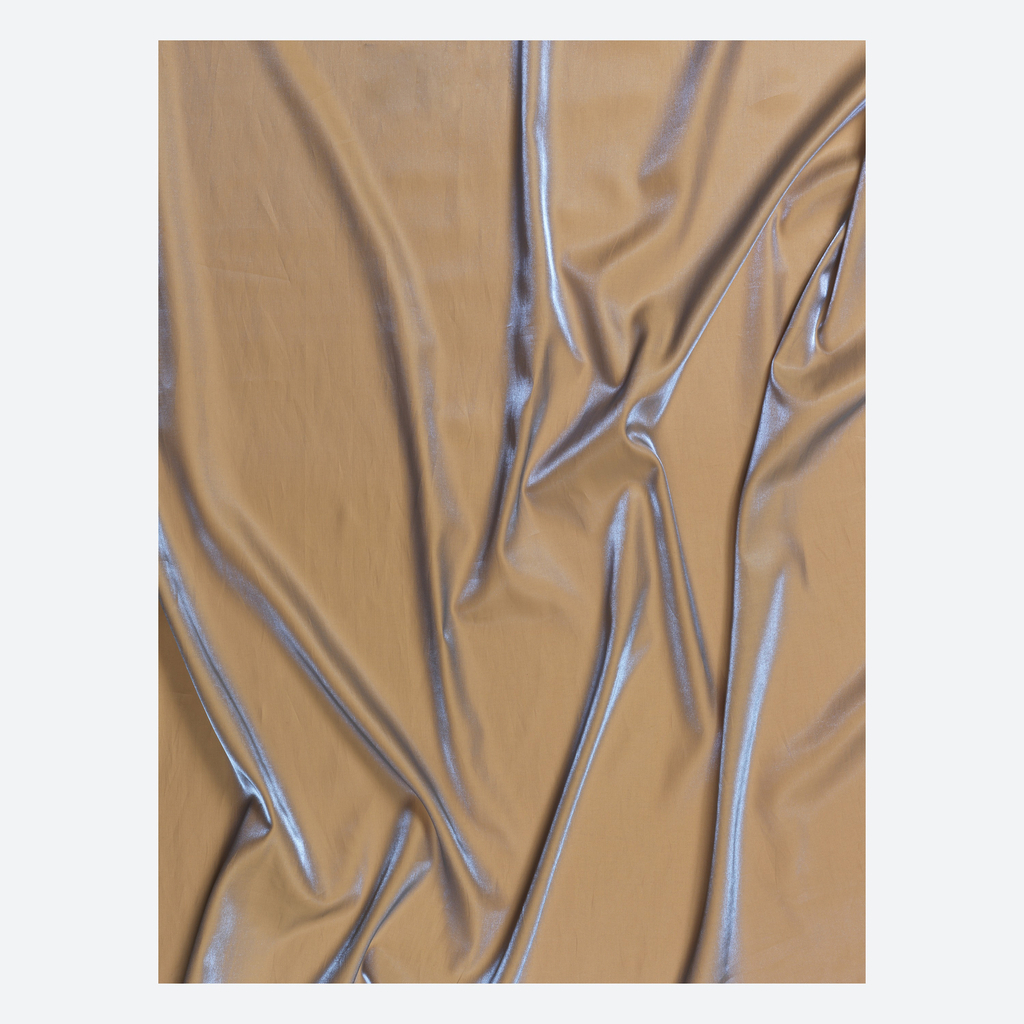 To celebrate the opening of Iridescence, on view through March 24, 2019, Object of the Day this week will feature iridescent objects in the collection. Today’s post was originally published on September 16, 2015.

Iridescent Satin, designed in 1994 by Koichi Yoshimura, combines polyester monofilament with a cotton weft, and through a piece dyeing process in which the blue dye adheres only to the monofilament, Yoshimura is able to achieve an intense blue highlight. His knowledge of the scientific properties of individual yarns combined with his understanding of the dyeing process has transformed a relatively plain textile into a shimmering lighted surface.

Yoshimura is a second generation textile designer educated at Kobe University. His company, S.Yoshimura, located in Fukui, an important textile manufacturing center in Japan, specializes in polyester and its combination with other yarns to create unusual effects. In addition to his own designs, he has worked with fashion designers Issey Miyake, Yohji Yamamoto, and Donna Karan.

← A Jeweler’s Magic; The Sorcerer’s Stone
The Exoticism of a Fruit Knife; Merging Japanese Aesthetic and French Craft →