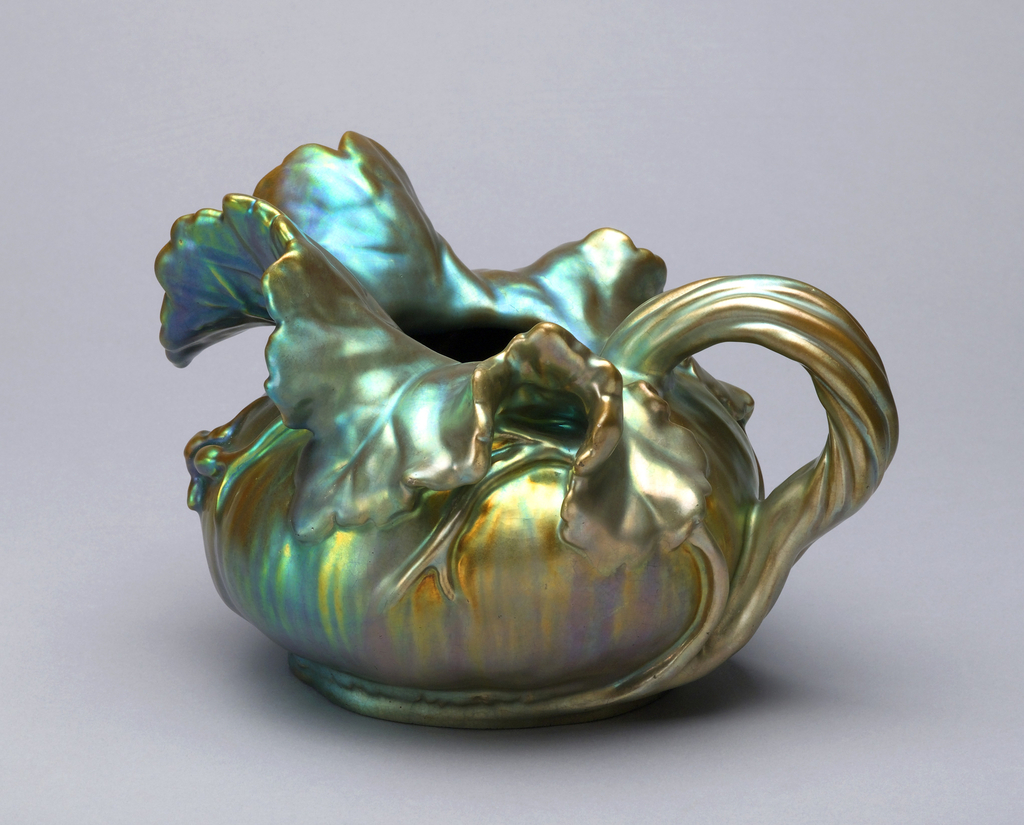 To celebrate the opening of Iridescence, on view through March 24, 2019, Object of the Day this week will feature iridescent objects in the collection.

Lusterware, which had been revived in Europe in the preceding decades, remained ever popular, fitting in nicely with the undulating, sinuous and evanescent characteristics of the Art Nouveau style. Art Nouveau artists and designers such as Clément Massier, Louis Comfort Tiffany and Émile Gallé made particular use of iridescence and opalescence in their ceramic or glass work.

In Hungary, Art Nouveau was flourishing and the city of Pécs, where the Zsolnay firm was founded in 1853 by Miklós Zsolnay, became the center of ceramic production during this period. In 1865, Miklós’ son Vilmos took over Zsolnay, gaining the firm worldwide recognition through their participation in world fairs and international exhibitions. It was also under Vilmos that Zsolnay began experimenting with design and technology, appointing chemists Vince Wartha and Lajos Petrick who revealed the eosin process in 1893. A complex glazing method, eosin creates the striking iridescent luster through the addition of metallic oxides to the lead glaze. The name eosin derives from “Eos” the name of the ancient Greek goddess of dawn –possibly a reference to the light red color of the first successful pieces that were produced. Other eosin colors were soon developed, including the blue-violet “Labrador” and the brilliant metallic green-gold tones as seen on this pitcher designed by Lajos Mack.

← A French Garden for your Living Room
A Jeweler’s Magic; The Sorcerer’s Stone →