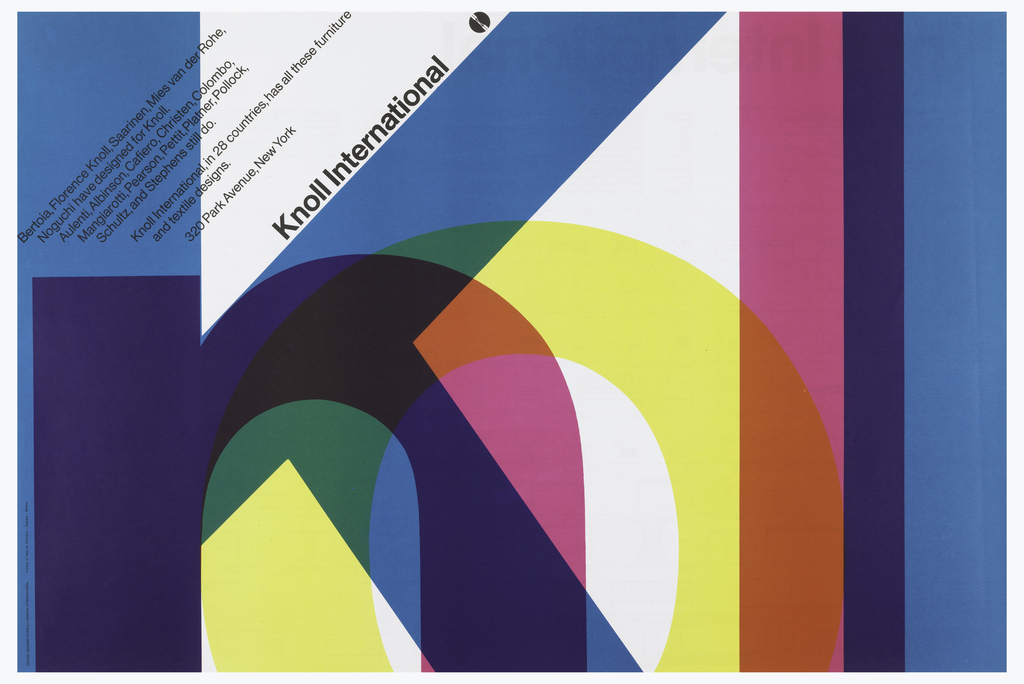 To celebrate the opening of Saturated: The Allure and Science of Color (May 11, 2018-January 13, 2019), Object of the Day this month will feature colorful objects from the exhibition. Today’s post was originally published on April 18th, 2013.

From the New York Subway system to American Airlines, Massimo Vignelli was responsible for some of the most iconic and enduring graphic identities of the twentieth century. Born in Milan in 1931, Vignelli displayed an interest and aptitude in design at a relatively early age. At sixteen, he began working as a draftsman at Castiglioni Architects in Milan. Here, he not only became immersed in the practice of architectural design, but also in the ideas of key modernist thinkers.

As a designer, Vignelli firmly believed that design should be clean, simple, and completely timeless. He detested trends and what he referred to as the “culture of obsolescence.” For him, good design surpassed the merely ephemeral, something he believed was a cause of waste and “visual pollution.” He favored primary colors and simple typefaces. “I don’t believe,” he has written in The Vignelli Canon, “that when you write dog the type should bark!”  While Vignelli limited himself to just a few colors and typefaces, he was able to create intriguing, eye-catching designs through his clever plays with proportion, space, and balance. Like many of his modernist peers, he was obsessed with the grid and his negotiation with its stark boundaries produced elegant and beautiful results.

In 1967, Massimo Vignelli was commissioned to redesign the graphic identity of the American furniture company, Knoll. Known for its modernist furniture by designers such as Eero Saarinen, Marcel Breuer, and Harry Bertoia, Knoll’s products were perfectly suited to Vignelli’s timeless aesthetic. In the graphic program that Vignelli produced for Knoll, one can see many of his ideas at work, from his preference for clear, organized space to his use of the new (at the time) Helvetica typeface, something Vignelli undoubtedly favored because of its versatile simplicity. This poster depicts the Knoll logotype in large letters that overlap to form an almost abstract pattern. While a number of Knoll’s products are depicted as line drawings on the back of the poster, none are visible on its recto. Alone, the colorful, bold type communicates beautifully the power and elegance of the Knoll brand.

← A Colorful Continent
A Glorious Color →