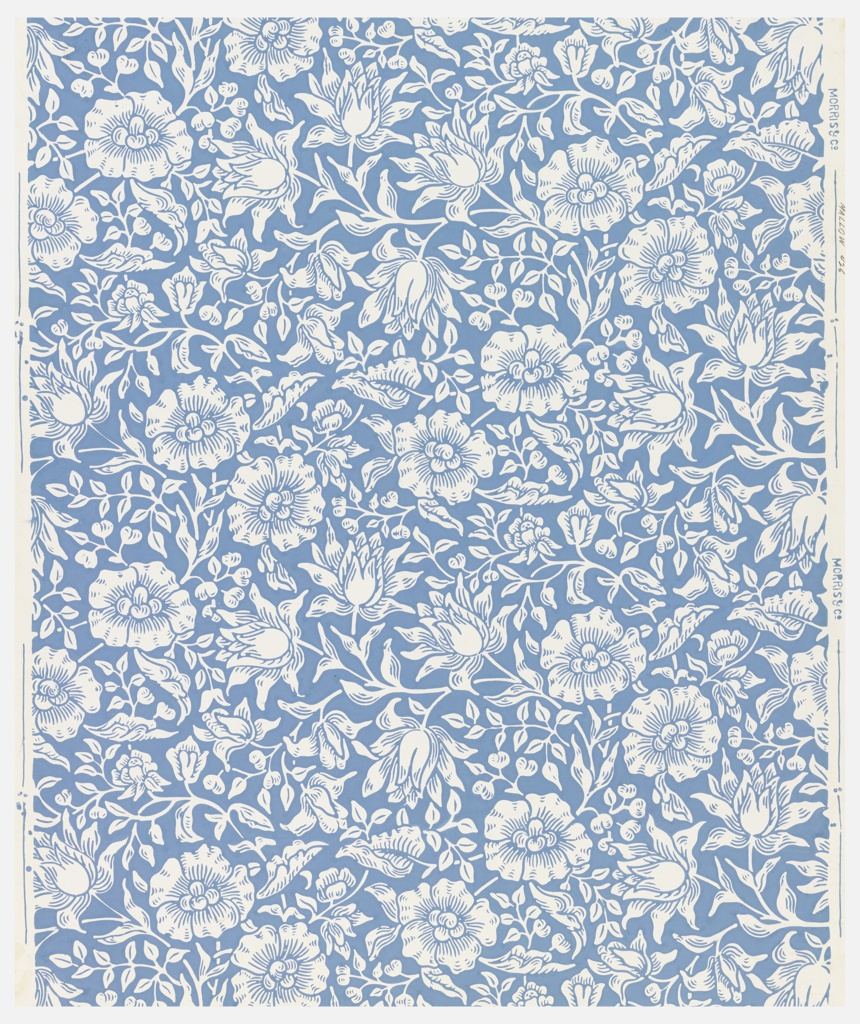 This beautiful sidewall was one of several designed by Kate Faulkner in the 1880s for the wallpaper company Jeffrey & Co. A member of the Arts and Crafts Movement, her pattern reflects the movement’s interest in simple yet pleasing color schemes and motifs drawn from native British wildflowers. These qualities are also typical of Faulkner’s wallpaper and textiles designs, which include patterns such as Carnation, Peony, and Bramble. The expressive drawing of the flowers, stylized just enough to avoid disturbing the Arts and Crafts distaste for realism, is also typical of her work. Kate Faulkner was the brother of Charles Faulkner, one of the founders of Morris, Marshall, Faulkner & Co., later Morris & Co. She, Charles, and their sister Lucy worked at the firm, the most important in the Arts and Crafts movement, since its founding in 1861, beginning initially as painters of tilework. Her work as a decorator soon diversified to include painting ceramic tableware and designing wallpaper and furnishing fabrics. Her most well-known work was the gesso decoration she executed on a Broadwood & Sons piano commissioned by Alexander C. Ionides, a patron of the firm. The piano itself was designed by Sir Edward Burne-Jones, who also oversaw the decoration to assure that it fit the interior of Ionides’ drawing room. Nevertheless, Faulkner had a significant role in designing the decoration itself, which is stunning in its richness and vibrancy. Though not as famous as other women artists of the British Arts and Crafts movement such as May Morris, Kate Greenaway, and Phoebe Anne Traquair, Faulkner’s work such as her wallpapers and the Ionides piano indicates she was an equally accomplished and creative individual. ← Tradition and Technology
An Ode to Melancholy →