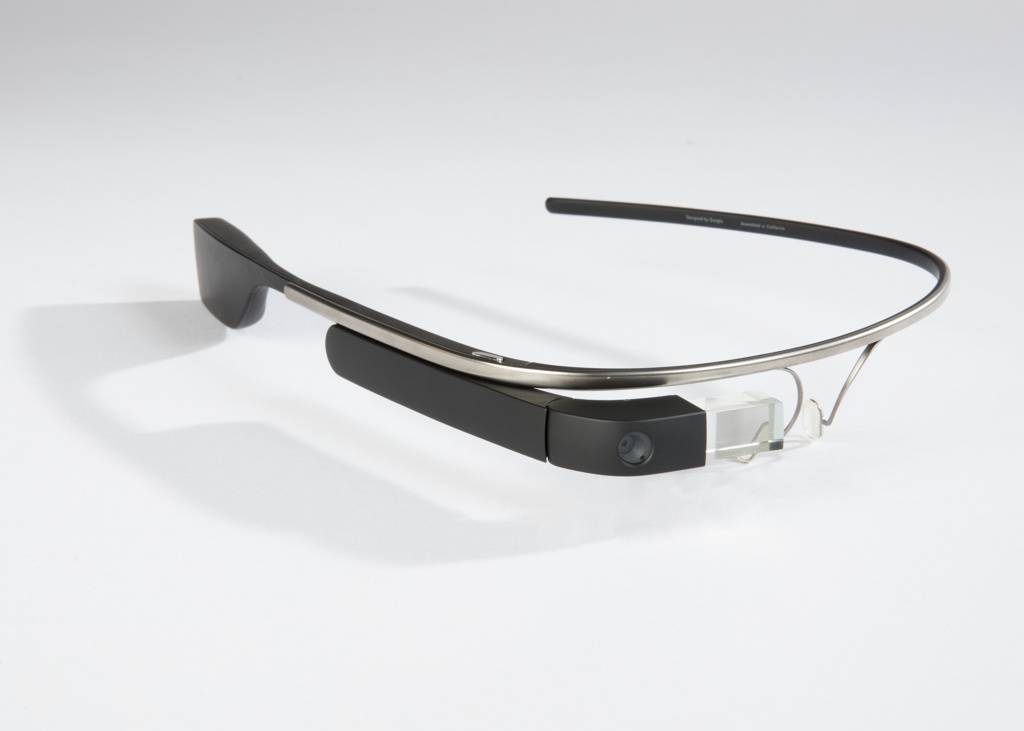 When Isabelle Olsson, head of Industrial Design for Wearables, arrived at Google she was given the brief to make the existing clunky Google Glass prototype (a cellphone’s motherboard, a battery, and a Pico projector all taped to a pair of white plastic 3-D printed frames) into an object that was beautiful and comfortable. Olsson, the design director for the project, has shared, “My initial goal was: how do we make this incredibly light? I set up three design principles; if you have something that is very complex you need to stick to some principles. The first was lightness, the second was simplicity and the third scalability.” [1] Olsson began the design process sketching by hand before drawing in Illustrator and laser-cutting the shapes in paper. After many trials, the team started to make models in a harder material such as plastic, then metals.

The team’s finished product was the first example of head-mounted wearable technology of such sophistication and capability. Google Glass showed the possibilities for the seamless integration of technology in everyday life. Google Glass enables many functions and provides information similar to that of a smartphone. To take a photo, the user squeezes an area of the eyepiece near the lens. To use the touchpad, one points a finger toward their temple. All audio is transferred through a tiny oval bone conduction speaker that sits behind the wearer’s ear. The device can also take photos and record video in response to voice prompts such as “O.K. Glass…”

At New York Fashion Week in 2012 Google Glass was revealed to the public as it graced the runway for the show of Diane von Furstenberg’s Spring/Summer 2013 collection. Glass was available to beta users beginning in April 2013 before being released to the public in May 2014. This Explorer Edition XE-C 2.0 was the second model that Google released. In an attempt to make Google Glass more fashion-forward, Isabelle Olsson and her team developed some stylish frames in 2014. The frames were an extra attachment that screwed into the main hardware and offered customization and the opportunity for the user to “make glass your own.” Still the device struggled to achieve popularity in the consumer marketplace. In January 2015, production of Google Glass halted. Many privacy concerns had been raised; Google Glass was banned from bars, movie theaters, Las Vegas casinos, and other public venues that didn’t want users secretly recording or taking videos. A new version of the device was released again in July 2017 and was made available only to certain companies, such as Boeing and General Electric, where the device is now used on the factory floor. This latest application for Google Glass shows how functionality has ultimately overridden fashionability.

Google Glass is currently on view in Bob Greenberg Selects  until September 9, 2018.

← Costuming Beyond Errors
A Fashionable Collaboration →