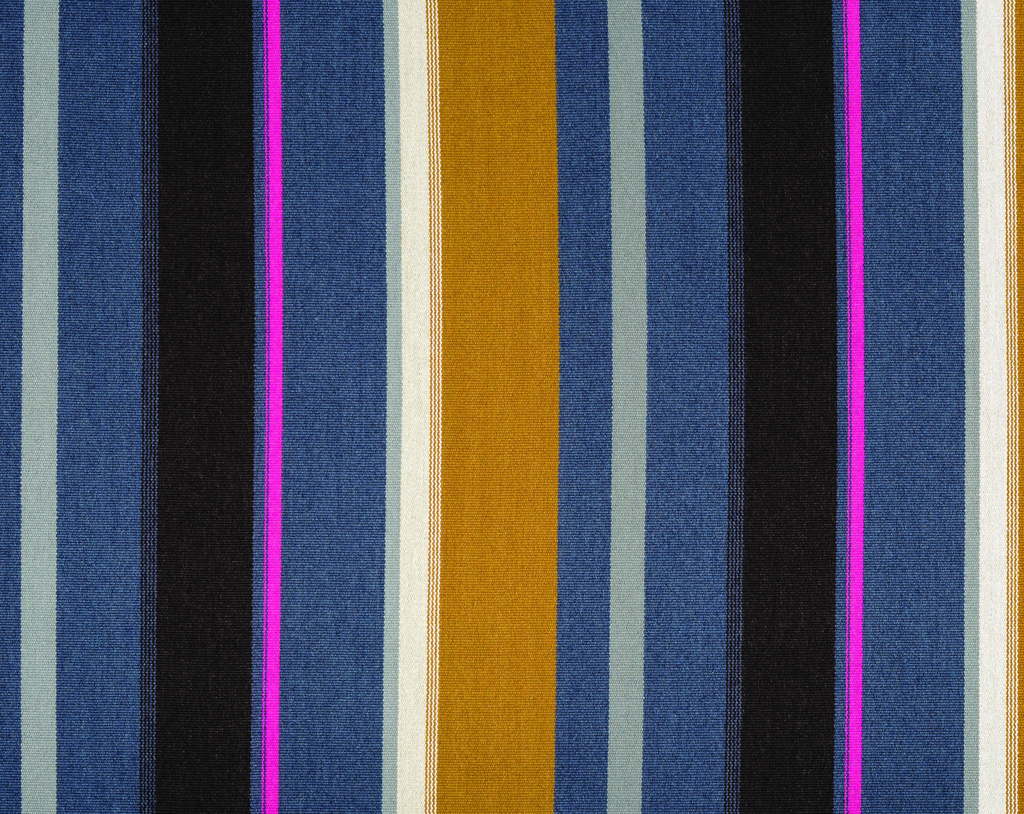 In 2012, Knoll Textiles’ Creative Director Dorothy Cosonas approached Dutch graphic and book designer Irma Boom to develop a collection of textiles based on two of her books: Colour (Kleur) Based on Art, 2005 and Colour Based on Nature, 2012. Boom, the youngest designer ever to win the Gutenberg prize for her complete body of work, is widely considered one of the most important book designers working today.

In Colour (Kleur) Based on Art, Boom analyzed eighty famous works of art from five centuries, from Van Gogh, Vermeer and Rembrandt to Warhol and Fontana. The color information in the paintings was captured in diagrams, which in turn were abstracted into vertical swaths of color. In Color Based on Nature she mapped the colors of UNESCO natural world heritage sites on every continent, from the Great Barrier Reef in Australia to the Jungfrau in Switzerland. Custom colors were specially mixed to reflect the specific color palettes of each location, an exercise in conveying a sense of place using only color.

Although color, clearly, is the most potent feature of the books, Boom is also deeply concerned with books as sculptural objects. To retain the trademark tactility of Boom’s books, Cosonas developed fabrics in a wide variety of weights and textures, from tulle to polyurethane to velveteen. Where Boom’s pages were perforated to create an interactive experience, Cosonas used delicate embroidery. The collection consists of six designs, some directly related to specific stripe patterns and others inspired by diagrams and illustrations in the books. The saturated colors in Sherman are directly inspired by the striking palettes found throughout Boom’s two stripe books, while it invites touch with its wooly surface.