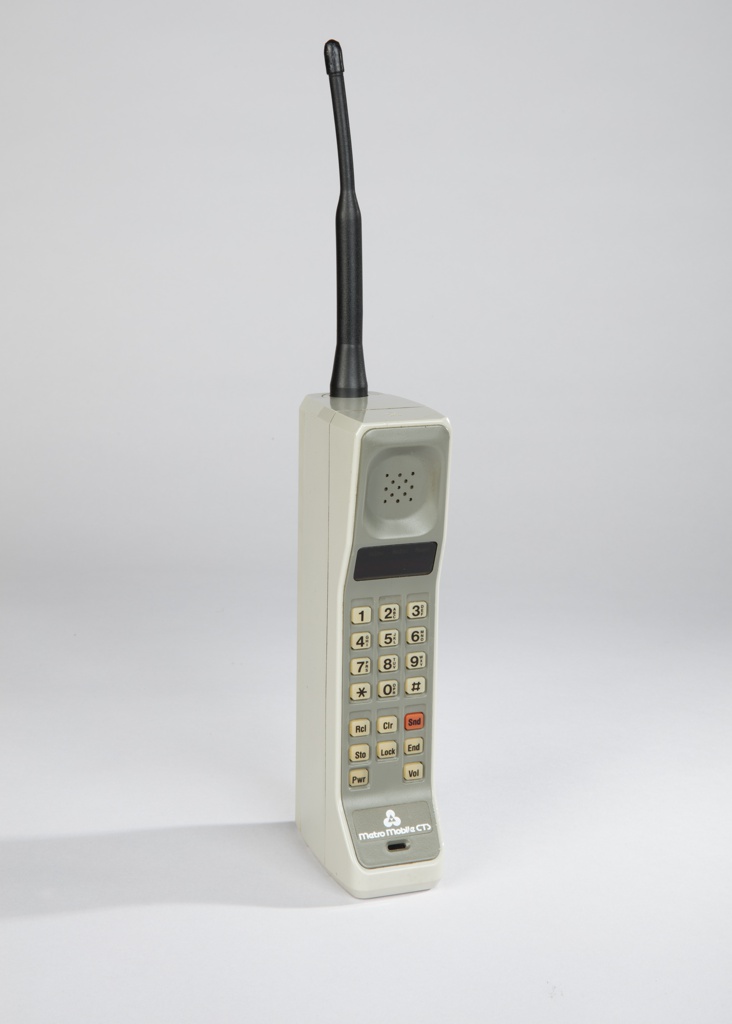 We’ve come so far technologically that cell phones are now in museums. And in a museum is likely the only place most people will have seen this model – the world’s first commercially available handheld cellular phone. When it came out, it weighed 2.5 pounds, required ten hours for charging for 35 minutes of talk time, and cost nearly $4,000 – in 1983 – the equivalent of more than $9,000 today. Regarding the heavy device’s limited talk time, its chief designer, Martin Cooper, purportedly said, “The battery lifetime wasn’t really a problem because you couldn’t hold that phone up for that long!” The phone’s bulky form and weight earned it the nickname “the brick.”

Bell Labs, now AT&T, came up with the idea of producing a mobile phone, but Bell focused first on car phones, which required 30 pounds of equipment in the trunk. Motorola invested $100 million in the development of the DynaTAC 8000x. Cooper made his first call from a street corner in Manhattan to his chief rival at Bell Labs, Joel Engel. “Joel, this is Marty. I’m calling you from a cell phone, a real handheld portable cell phone.”

The DynaTAC 8000x helped to launch the industry that now has portable phones in the hands of billions of people around the world.

The DynaTAC 8000x can be seen in Bob Greenberg Selects, on view  in the Nancy and Edwin Marks Collection Gallery through September 9th, 2018.

← Ahead of the Times
A New World of Color →

One thought on “The Brick”

My dad tested “the brick” back in the day.