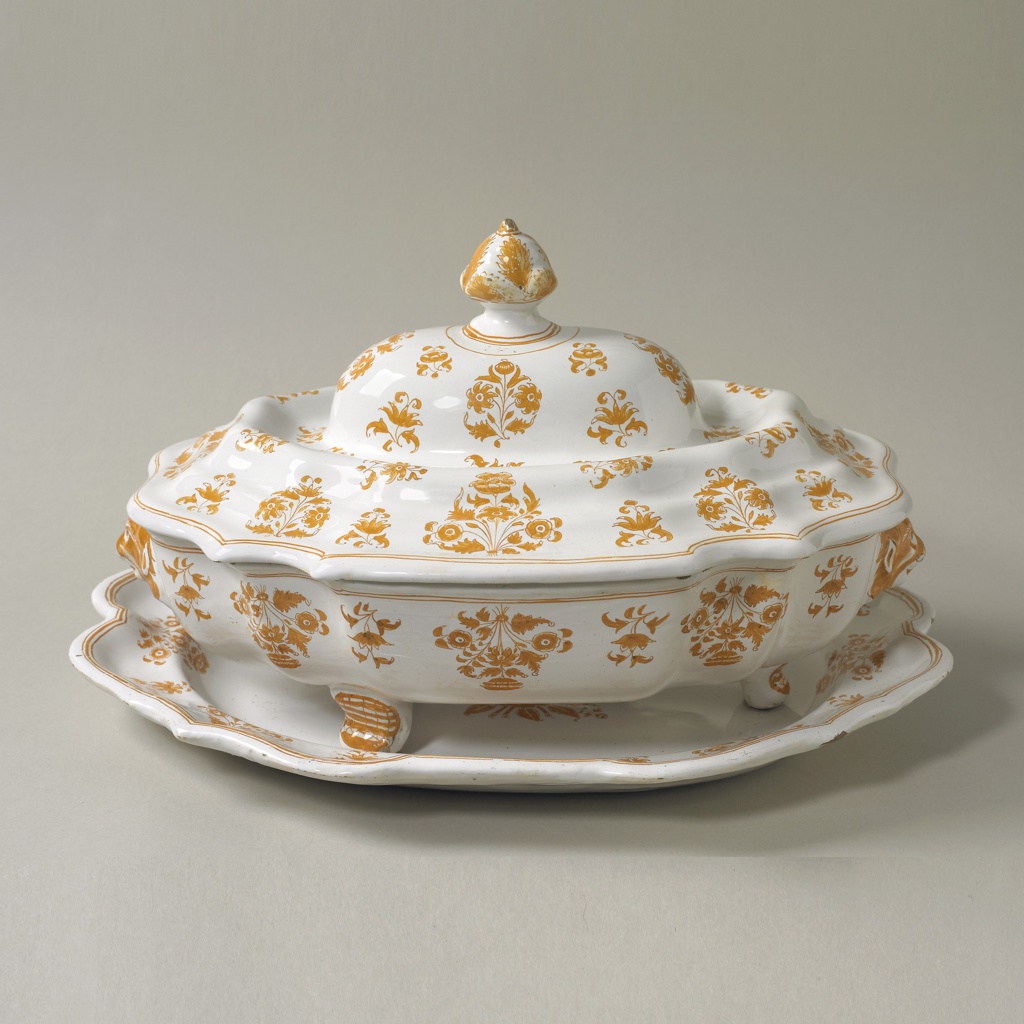 The popularity of boldly-decorated faience must be viewed as part of a broader taste for pattern in eighteenth-century France.  At the turn of the century, the country was part of a growing global economy, with goods supplied by wide-reaching commercial trade networks. French interest in Indian chintz skyrocketed, alongside the trend for Asian-style ceramics. The color-fastness of dyes used in Indian chintz was one of the material’s most desirable properties, just as the high-firing colors of faience were valued for their richness and resistance to fading. Similarly, the pristine white ground of printed cottons and the milky whiteness of tin-glazed earthenware worked together to introduced an unprecedented brightness to the domestic interior. Cotton upholstery and patterned faience set the stage for fashionably dressed men and women for whom chintz was the fabric of choice. A French textile printed during the country’s ban of Indian cottons shows repeating bouquets that are similar to the so-called ‘potato flower’ design that was frequently used in the faience factories at Moustiers, and can be seen on this tureen with monochrome yellow decoration.

This tureen and textile are currently on view in Moustiers Ceramics: Gifts from the Eugene V. and Clare E. Thaw Collection at Cooper Hewitt through April 29, 2018.

← A Chinese Fantasy
The Hounds of Bennington →