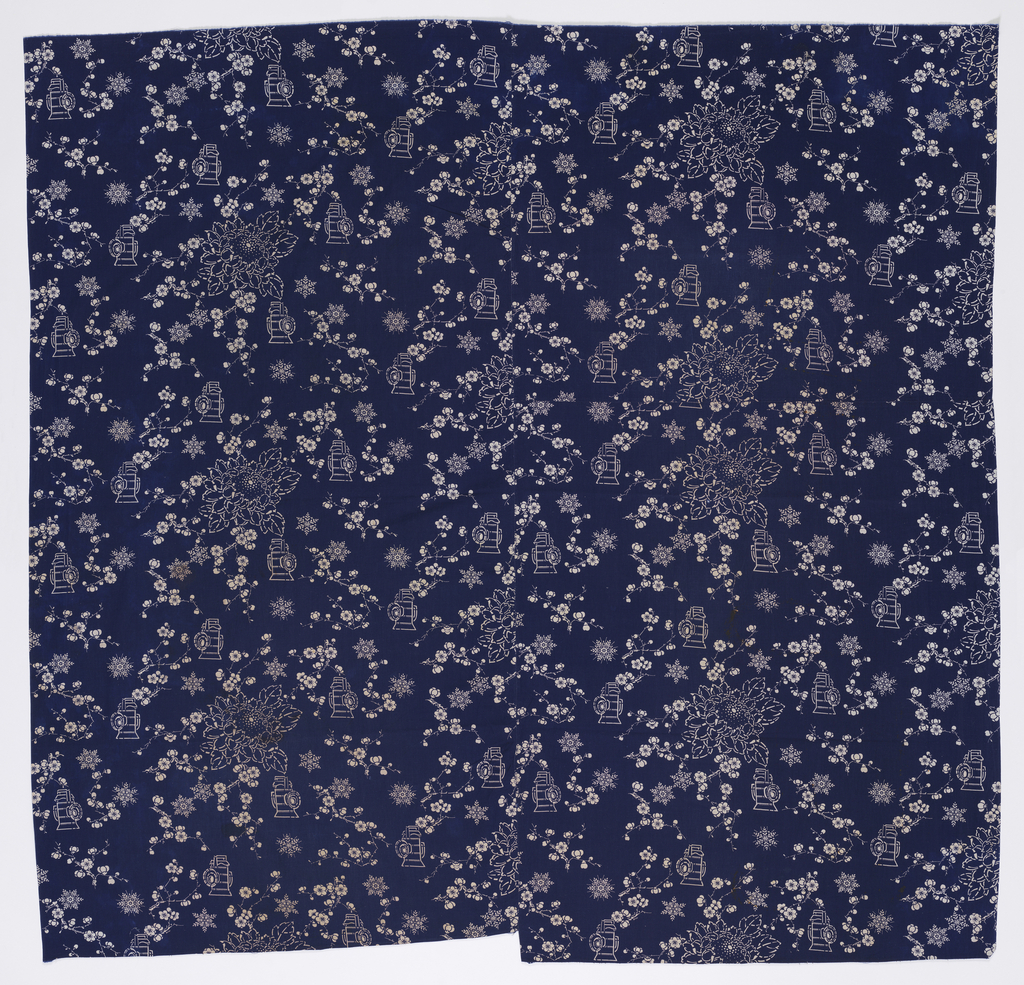 This cotton quilt cover is based on The Legend of the Red Lantern, one of the Eight Model plays promoted during the Cultural Revolution in China, as they promoted the ideals of communism. (By the end of the Cultural Revolution, there were 18 approved plays and ballets.) The plot of The Legend of the Red Lantern can be traced back to a true story of undercover communist agents who worked at a railway station in Hulin and fought Japanese invaders during the Second Sino-Japanese War.

In the play, Li Yuhe, a railroad worker engaged in underground work, is taken by special agents. In response, Grandma Li tells Li Tiemei, the daughter of Li Yuhe, the story of how the girl’s parents gave their lives in hopes of bringing about social change. Li Tiemei is inspired to become a social revolutionary and sets out to follow in their footsteps.

The quilt cover is made of cotton, the cultivation of which had declined disastrously during China’s Great Leap Forward of 1958-1961. By 1965, though, the sector had made a full recovery, with the construction of 37 new cotton mills and the revolutionary spread of mechanized looms. By 1979, when more than 80% of China’s cotton looms were fully automatic, production had increased fivefold at the expense of the handcrafting tradition. (1) The Red Lantern quilt cover is most likely an example of the cotton textiles produced during this industrial surge.

← A Warm Glow on a Cold Night
To Cowslip Farm →