A Warm Glow on a Cold Night 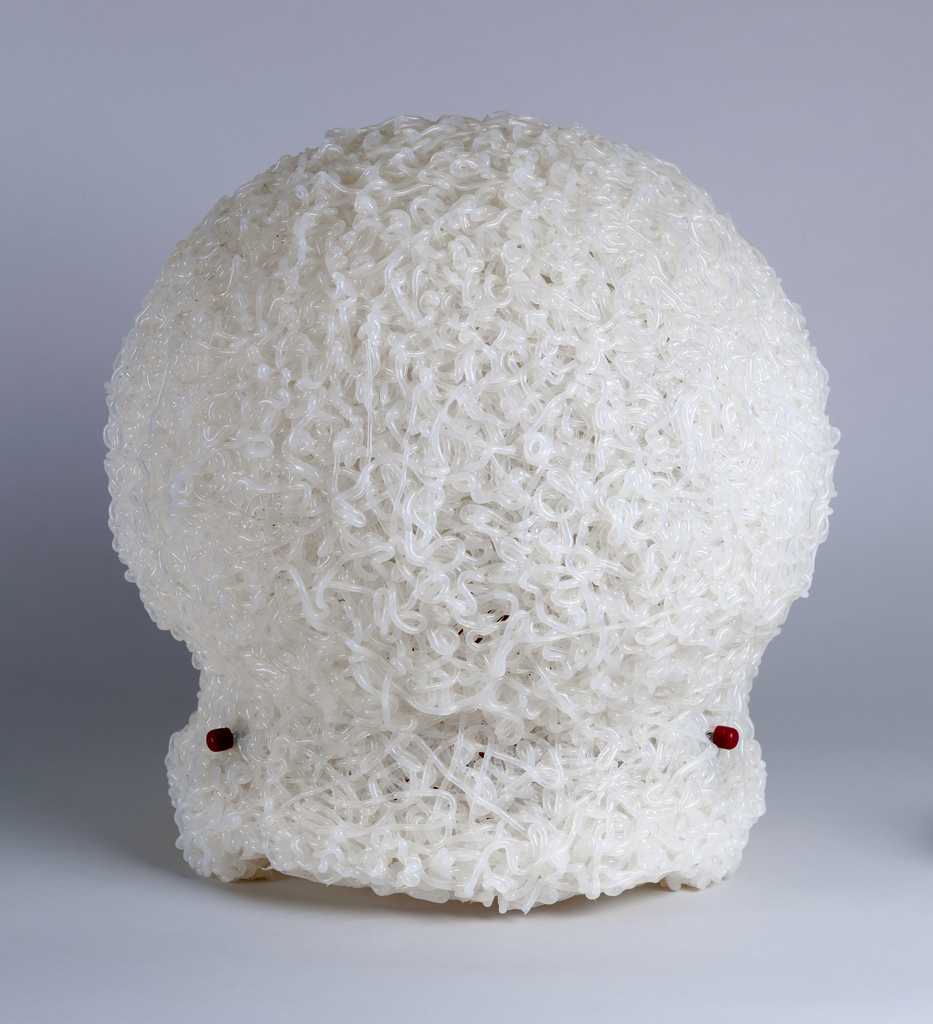 As I write this blog entry it is cold, and growing colder outside, and this lamp, which looks like it is covered with snow, caught my eye. On first sight it appears to be a snow globe, with the snow on the outside. This globular lamp, however, was designed in 1999 by noted Italian architect and designer Gaetano Pesce. Pesce has been creating furniture and industrial design objects since the 1960s and some of his works are now considered icons of twentieth-century design. For much of his career, Pesce has been developing products based on his experimental work with resin and synthetics. These works emphasize the creative process involved in fabricating functional objects in modern materials. The Moss lamp is a malleable orb with a short base, wholly composed of milky-toned silicone threads, which totally enclose the red plastic base that houses a light bulb and cord.

The Moss lamp exemplifies Pesce’s approach to “industrialized non-conformity,” a process in which he employs modern mass-manufacturing techniques, in combination with contemporary materials, to produce unique objects. Here the supple silicone is poured and trailed to achieve a basic sphere, but it is not a perfect form, rather the final shape is dictated by the behavior of the silicone. Layer by layer the material is applied in thread-like trails that create a surface that is textured and translucent, resulting in a lighting fixture that casts a soft glow through the irregular gaps and varied thicknesses of the silicone enclosure. This soft glow is so reminiscent of a snow-covered window shining warmly in the night.

The textured form also invites the user to touch, its surprisingly warm, soft, and flexible surface evoking an emotional response. It is not only the feel of the lamp’s surface that conjures emotion, but also the quality of its light. The hazy, soft glow emitted by the lamp provokes a further response as one recalls a snow-globe of the past, or spending a quiet evening watching snow fall.