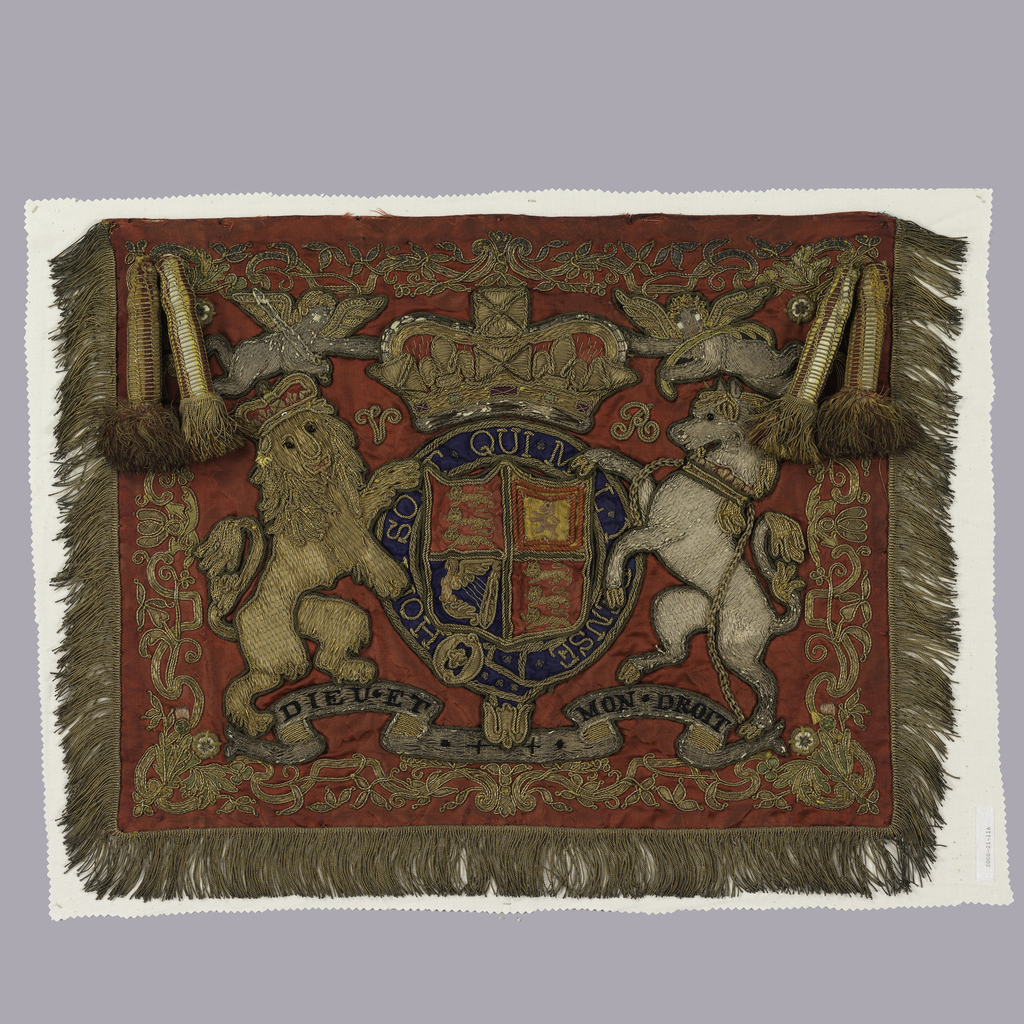 This English trumpeter’s banner dates to the mid-19th century. The crest, or the coat of arms of Great Britain, is flanked by the lion and the unicorn, the symbols of England and Scotland. Additionally, the motto of the English chivalric Order of the Garter, “Honi soit qui mal y pense,” and the motto of the British Monarch, “Dieu et mon droit,” both appear on this piece in elaborate gold and silver couched metal thread embroidery on red silk damask. The banner is trimmed with gold metallic fringe and large tassels.

The banner is an excellent example of the type of heraldic textile that became a significant part of royal display and the “design” of the monarchy. In its most general definition, heraldry encompasses all matters relating to the duties and responsibilities of officers of arms; to most, it is the practice of designing, displaying, and recording coats of arms and badges. Because it originated from the need to distinguish participants in combat when their faces were hidden by iron and steel helmets, the symbols were eventually codified and a system of rules developed. The system of blazoning arms includes a description of the escutcheon (shield), the crest, mottoes, and other insignia.