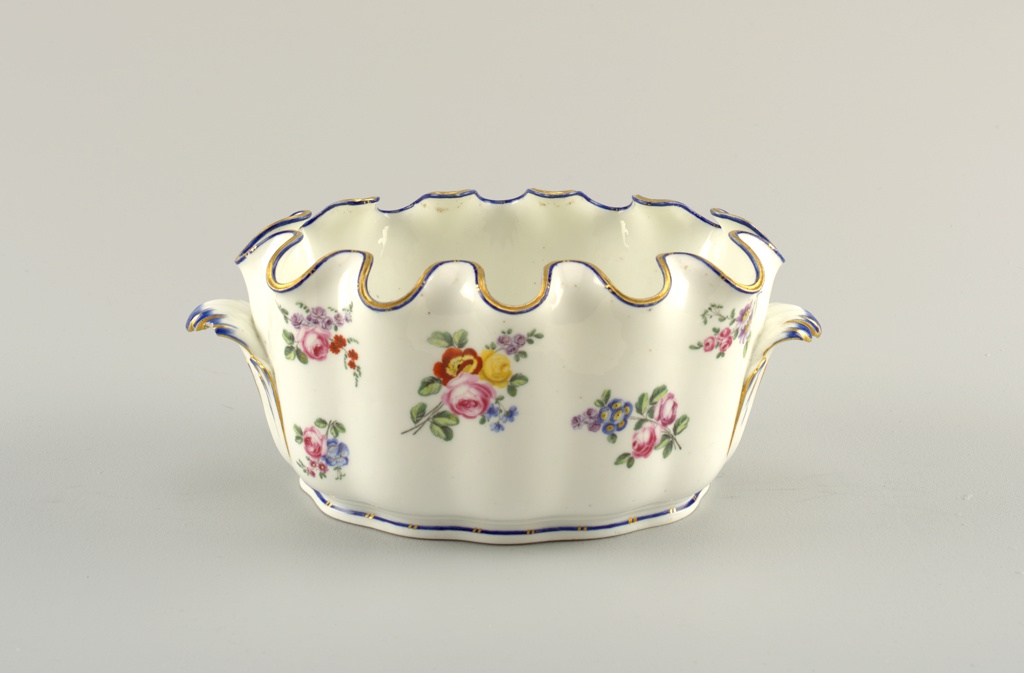 This verrière defines the classification of objects we call decorative arts: something that is both beautiful and functional. The function of the verrière is to cool wine glasses by inverting them and resting the feet and stems on the curved rim of the vessel, with the bowls immersed in cold water or ice. This type of object was first made in silver in the seventeenth century and later in porcelain, as in this case.

The Sèvres Porcelain Manufactory was founded in Vincennes in France in 1738 and later moved to the town of Sèvres in order to be closer to the manufactory’s owner, Louis XV, at Versailles. Although the secret to making hard-paste, or “true” porcelain, had been discovered at the Meissen manufactory in 1710 in Germany, Sèvres had not yet cracked the elusive code and was thus producing soft-paste porcelain.

Sèvres was particularly renowned for its superlative painted designs, and the manufactory’s painters specialized in depicting animals and flowers. This verrière is decorated with several very naturalistic sprays of flowers and blue and gold borders.

One thought on “A Very Functional Form”

So lovely to know the history of this ceramic piece. Beautifully written, Mr. Stagliano.