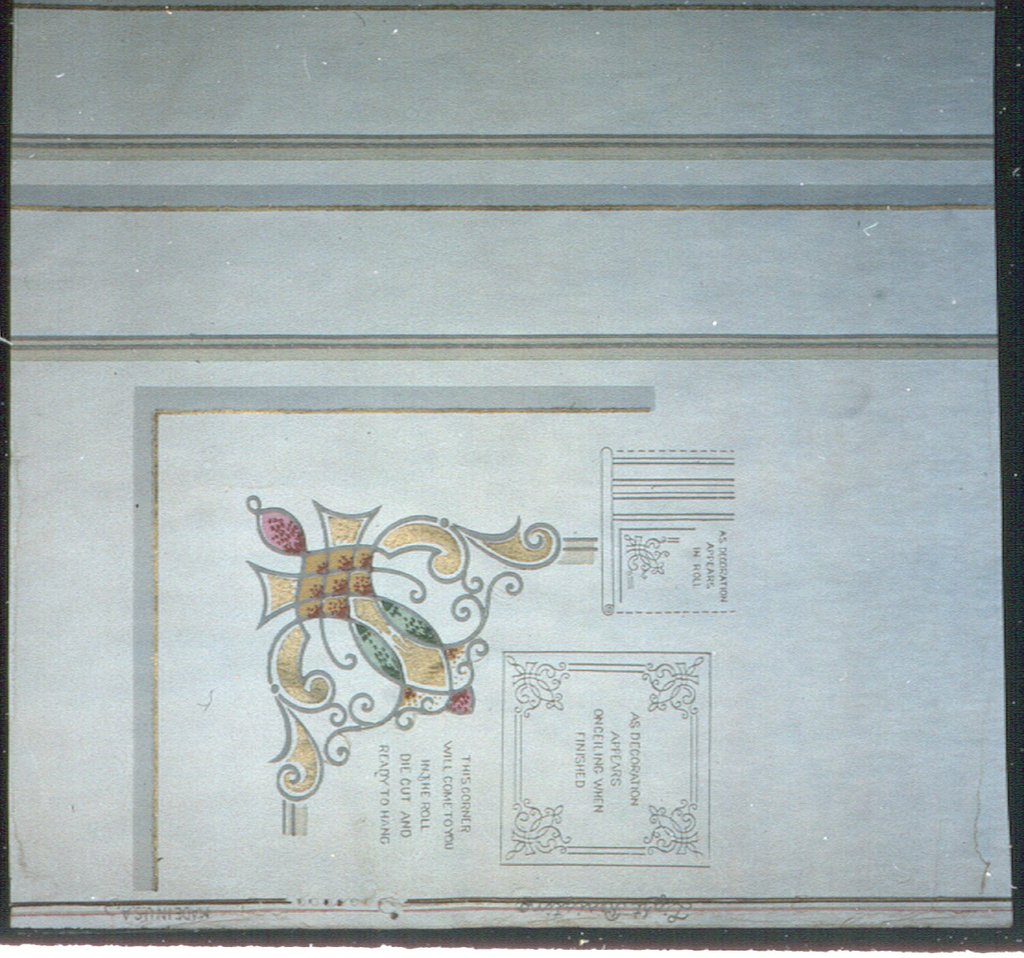 Posted by Gregory Herringshaw on December 24, 2017

This corner border doesn’t appear like much at first appearance but it speaks a lot about technology. This is a ceiling corner border: the design is simple, printed in only a few colors, very affordable. Maybe not so easy to hang but it would have been cheap enough that you could afford to make mistakes.

The ceiling decoration would have been installed as shown in the illustration printed on the face of the paper. One of the ornaments would go in each corner of the room while the included border, printed in two strips along the left edge of the wallpaper roll, would connect each of these with a simulated architectural molding. It is also printed on the paper that the corner elements will come “die cut and ready to hang”. Geared toward the do-it-yourself consumer, this meant the ornament would come perforated around the outline of the ornaments so all the installer needed to do was punch out the design, no scissors needed.

It is also printed that this wallpaper is “light resisting”. Due to some change in the pigments or application of a coating on the surface, these designs could endure a greater amount of light without fading. This breakthrough occurred in 1928, though I was searching around for a patent and couldn’t find one.

Also good to know is this wallpaper was made in the good old USA, by Union workers. Made by Becker, Smith & Page in Philadelphia, it is printed on the paper “Made in U.S.A.”, which meant it could be exported. The use of the Union label is a project I have had numerous interns and Graduate Fellows researching. Near as we could ascertain, manufacturers started printing the Union label on wallpapers around 1908-10 and continued into the 1950s. Many times, the Union label is the only marking on the paper so it would definitely be useful to know exactly when this started.