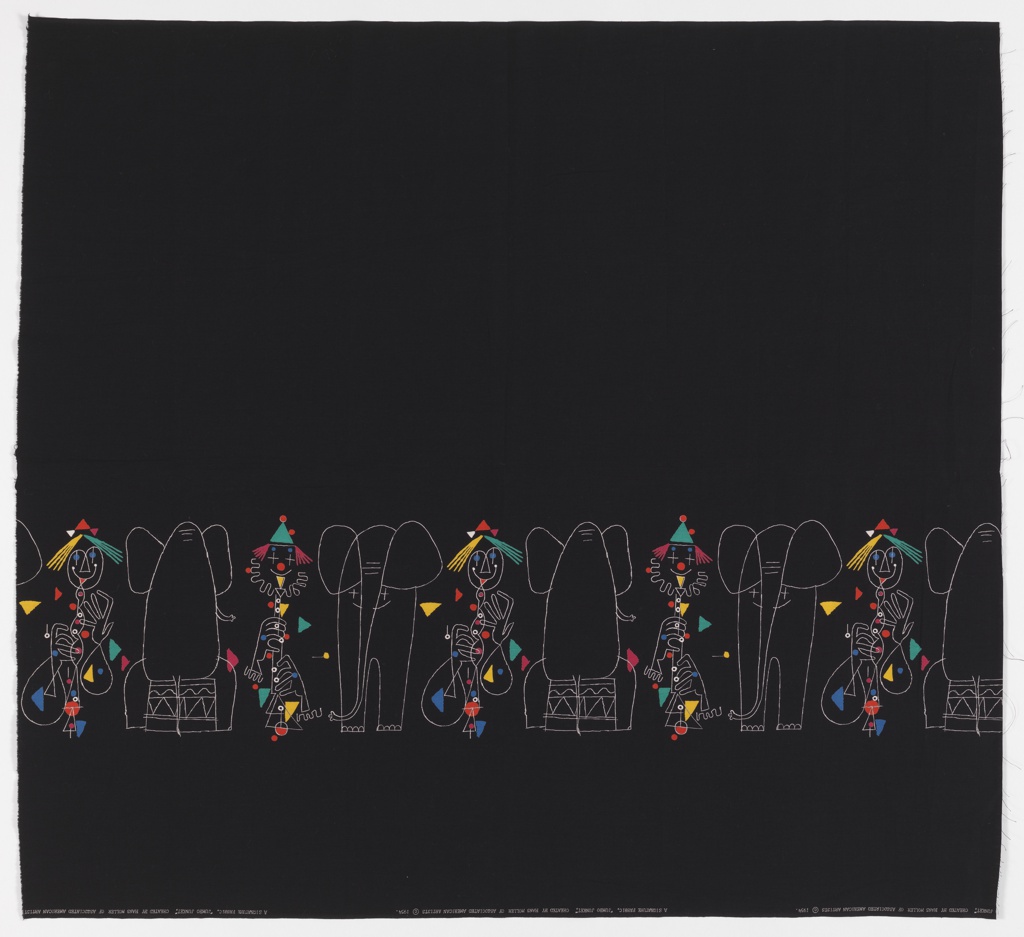 Hans Moller, the German-born abstractionist known as a colorist, brought his predilection for vivid hues to his textile designs. His work was part of an assortment of imaginative midcentury designs produced by M. Lowenstein & Sons in partnership with Associated American Artists, a collective dedicated to creating accessible art. In Jumbo Junket, Moller’s circus-themed border print dating from 1954, merry clowns and docile elephants materialize in the most minimal of lines. Reminiscent of an exercise in blind contour drawing, the performers’ ambiguous forms suggest the ephemeral nature of the show itself.

In 1954, the year this design was released, the traveling tented circus was on its last legs. Two years later, the financially troubled Ringling Brothers and Barnum & Bailey circus would perform under the big top for the last time, opting for indoor venues in future seasons. On July 30, 1956, Life magazine wrote that “a magical era had passed forever.”

The tentless version of the Greatest Show on Earth would charm another 60 years’ worth of audiences before announcing the 2017 season as its last.

← Indiana Tower: An Unrealized Monument
Designed for Comfort: The Allure of Resin “Gemstones” →