Design that Predicts the Future 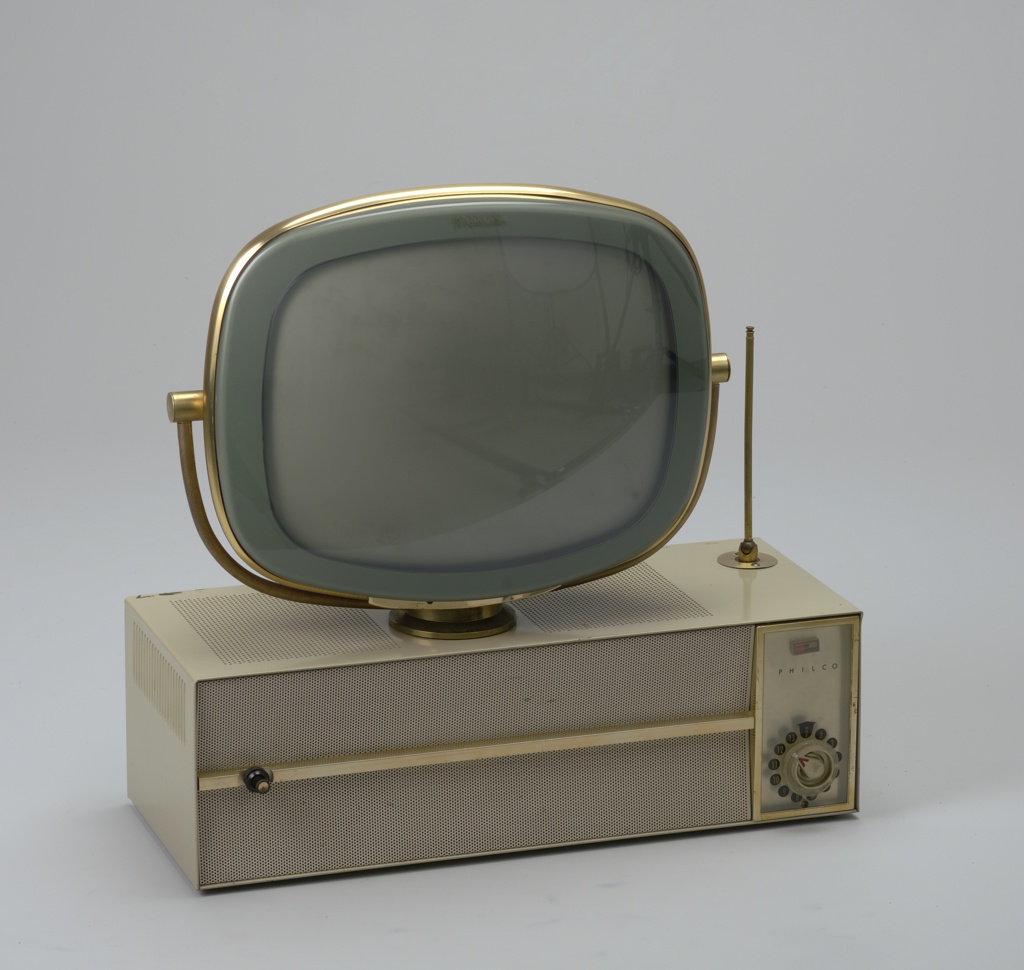 This Predicta Princess television, produced by Philco in 1959, is a tabletop model designed for portability. The Princess, featuring the Predicta’s trademark ‘low neck’ swiveling screen, was a departure from the classic home television which was housed in a large wooden cabinet designed as a piece of furniture. This compact case allowed the television to be moved from room to room, increasing its utility, rather than being consigned to one room like the larger format of earlier televisions. The Predicta Princess, with its thin neck, compact case and swivel screen was marketed to women with the idea that they could reposition the television and the screen, making it possible to watch TV while performing household chores almost anywhere in the home.

Considered futuristic in 1959, the space age aesthetic of this television seems prototypical of early desktop computers that would become familiar fixtures during the 1980s and 90s. Many computers featured a narrow necked, pivoting screen sitting on a boxy looking C.P.U. (central processing unit). As far as portability, that would wait until the development of laptops, tablets and smartphones.

With this television, Philco design director, Herbert V. Gosweiler presented America with a forward thinking design that would be applicable decades into the future.

← Simpler Times
Anyone for a Hike through the Forest? →

2 thoughts on “Design that Predicts the Future”

Actually, portability came with the first MAC. It weighed about 15 pounds, which isn’t what we think of today as portable, but I traveled from coast to coast as a consultant for many years carrying my Mac to both coasts and in-between.

There were several examples of portable computers prior to the original Macintosh … the Mac just made a point of combining portability with friendliness and ease of use. The Osbourne 1 predated the Macintosh by three years. The Grid Compass 1100 is often considered to be the first computer recognized as a “laptop” design. It came out in 1982.