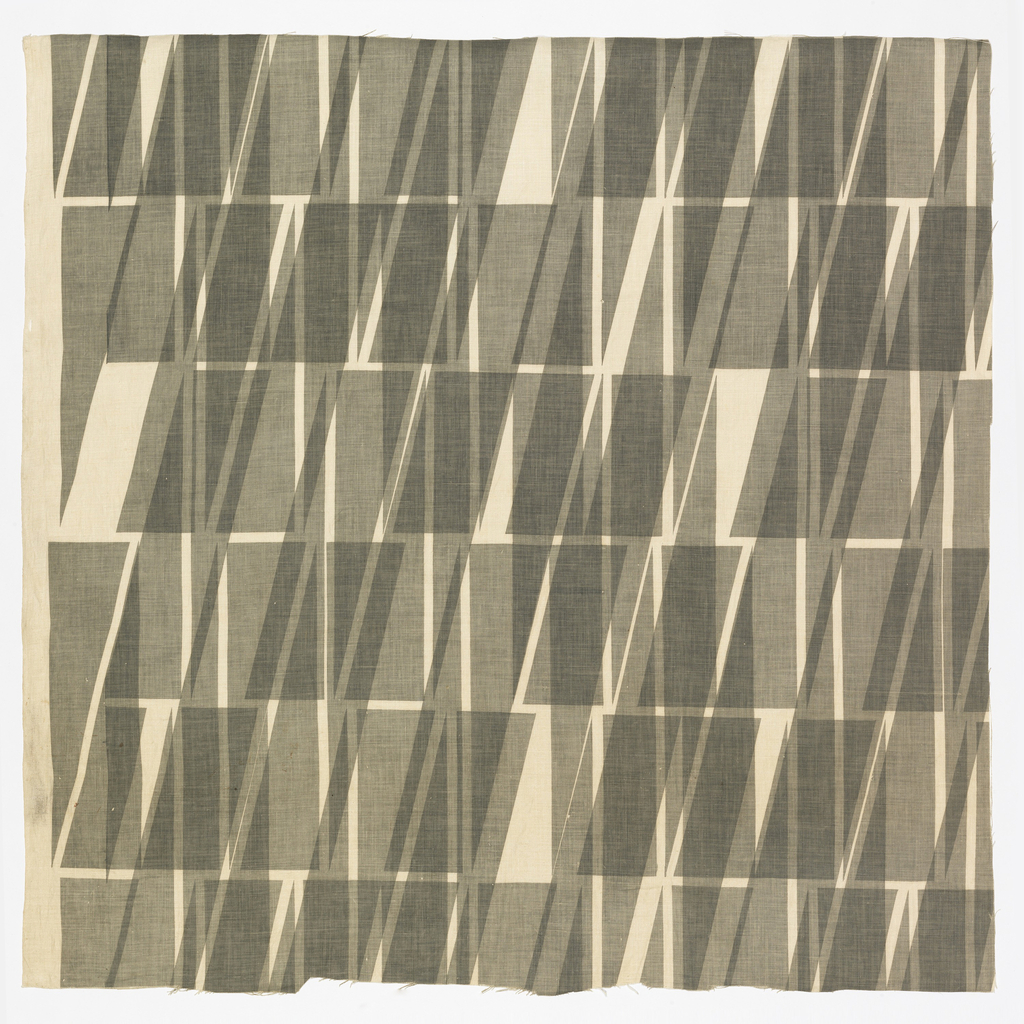 Marianne Strengell (American, 1909-1998) was born in Finland and spent her summers with her grandfather, whom she said, in a 1982 interview, was important in that he both influenced and fostered her creativity growing up, although her parents both worked in the creative fields: her father was an architect and her mother an interior designer. [1] In 1937, family friend Eliel Saarinen invited Strengell to teach textile and costume design at Cranbrook Academy of Art; she became director of the weaving program in 1942, and remained there until 1961. Strengell was an innovative designer and a pioneer of the use of synthetic materials in textiles produced for industry. This skill was recognized by Knoll Textiles, for whom she consulted for on matters of design and mass production. She also frequently collaborated with architects and notably with the automobile industry, in particular General Motors.
While she is best known for her experiments in color and texture in woven textiles, this sample showcases Strengell visual acuity in print design. With its overlapping geometric shapes, Grey on Grey uses layered effects in translucent inks to suffuse a flat linen fabric with depth, texture, and dynamic movement.

Lila Stone is a Task Representative for the Textile Society of America and the Gallery Coordinator at Fieldwork Projects Gallery at Auburn University in Auburn, Alabama. She holds a BA in German and an MA in Art History from the University of Florida.