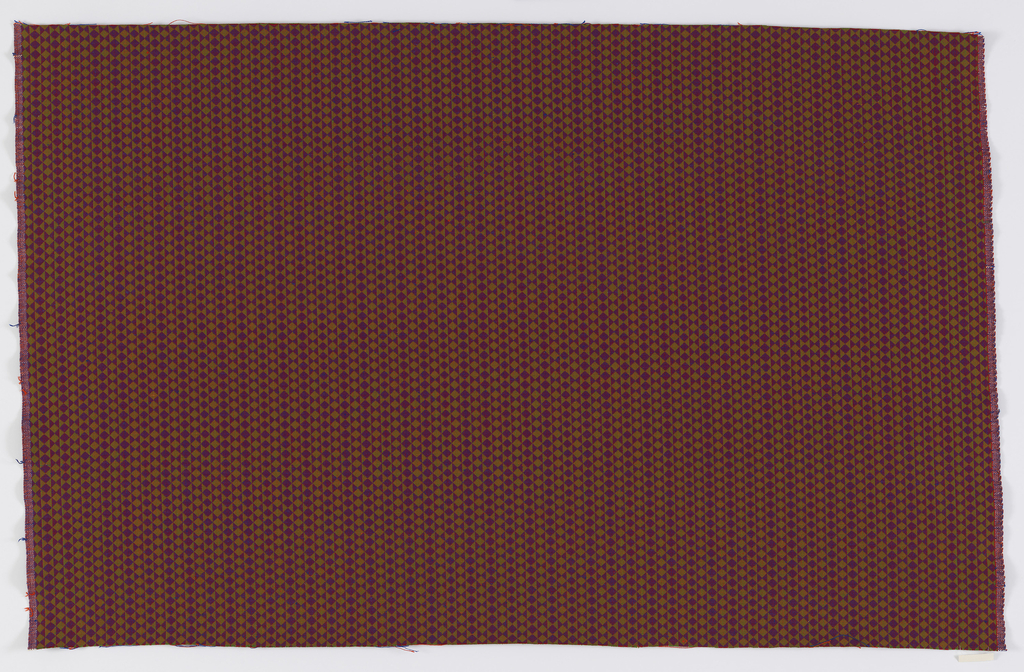 Millmosaic was introduced in 1960, while Alexander Girard was head of the Textile Division at Herman Miller.[1] His work derived from a wide range of sources such as ancient and folk art, however the design for Millmosaic was most likely inspired by his interest in contemporary art, or more specifically, Op Art. The geometry of the alternating diamonds and triangles reverberates with the contrasting purple and green colors. As an upholstery material, it was compatible with his line of furniture, which sometimes used the same geometric configurations.

Alexander Girard was one of the leading American designers during the mid-20th century and was a strong proponent, along with his colleagues Eero Saarinen, Charles and Ray Eames, and George Nelson, for bringing an affordable modernism to the middle class. Educated as an architect at the Royal Institute of British Architects and the Royal School of Architecture in Rome, he came to the United States in 1932 to set up an architecture and interior design office in New York. Ultimately settling in Santa Fe, New Mexico, he continued to practice as a designer in the all-inclusive sense of the word: designing residences, exhibitions, corporate identities, and textiles throughout his career.

← Souvenirs of the Grand Tour
Dancing IS the Jazz Age….Jazz is dancing music. Swing is Jazz music. →