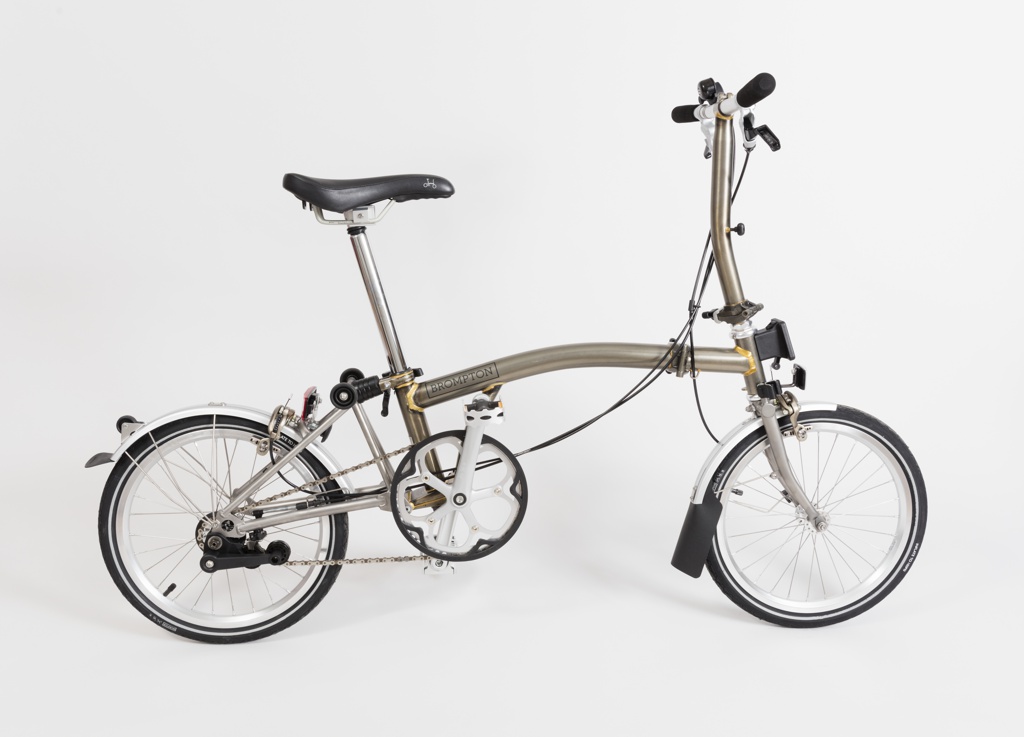 Folding bicycles have existed in one form or another for over a hundred years – the first U.S. patent for a folding bike was issued in 1888. There has been a heightened interest in folding bicycles in the last thirty years, particularly as a means of addressing urban transportation issues. Folding bikes are easily stored in small apartments, kept in offices under desks during the workday, and can be combined with bus and subway rides to make an efficient commute. They are also environmentally friendly and provide physical exercise.

In 1975, Englishman Andrew Ritchie began designing his own version of a folding bicycle from his London apartment overlooking a Roman Catholic church in South Kensington, the Brompton Oratory. After several years of prototyping, Ritchie filed a patent application for the Brompton Bicycle in 1979. By the early 1980s, Ritchie had sold 500 bikes, each assembled by hand with the aid of several assistants. In 1987, Ritchie secured private investment funding and opened a factory, eventually outgrowing it and moving to expanded facilities in Chiswick that the company still occupies today.

While there have been different color options, components and accessories added to the line over the years, the basic mechanics and folding method for the Brompton have remained unchanged since its inception. A simple operation that can be accomplished in about 20 seconds allows the user to swing the rear and front wheels around the gearing and pedals, fold down the handlebars and retract the seat post, resulting in a compact unit of about 23” x 22” x 11” that can be stowed away at home or office, or on public transportation.

The durability of the Brompton is owed to the craftsmanship involved in its manufacture, particularly the joining technique of its steel and titanium frame. All of the joints in this particular frame are brazed, not welded. Brazing consists of a broad heating of the base metal area, and allowing the filler metal to be drawn through the entire joint. A properly brazed joint will generally be stronger than the metals being joined. Brazers in the Brompton factory are trained for two years before being given their own stations on the shop floor. As a point of pride in workmanship, finished bicycles include brazers’ initials stamped on the parts they completed.

The Brompton Folding Bicycle is included in Making | Breaking: New Arrivals, on view through October 29th.

Bill Shaffer is a recent graduate of the History of Design and Curatorial Studies program jointly conducted by The New School/Parsons and The Cooper Hewitt Museum.

← A Bold Statement
Medea and the Hand Mirror →