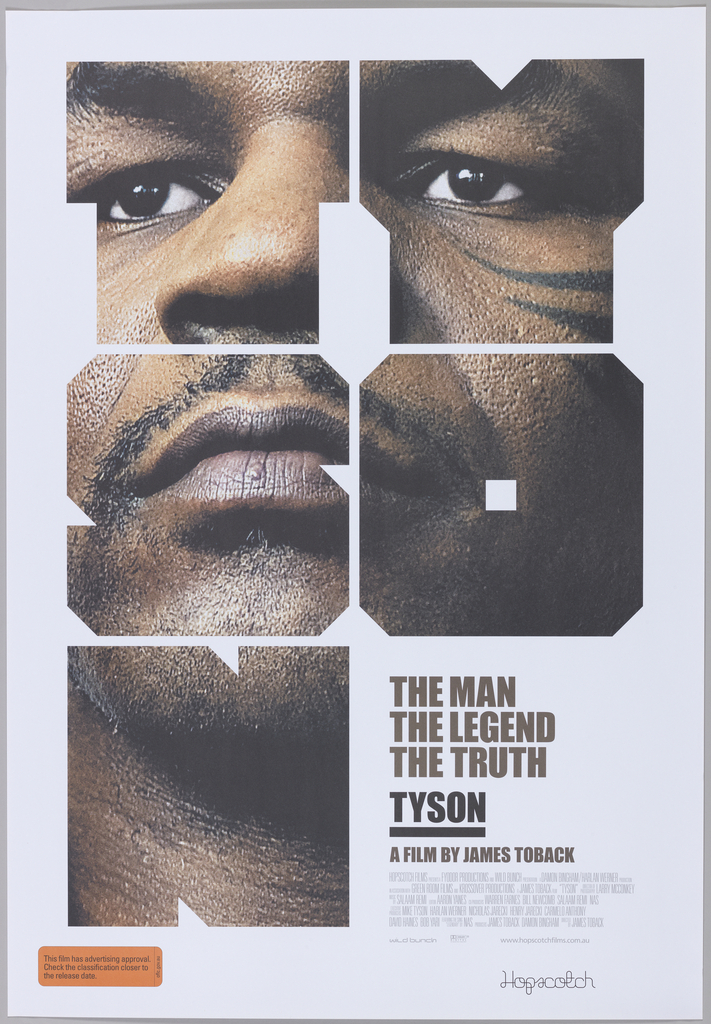 Australian graphic designer Mark Gowing designed this poster to advertise the film Tyson, a documentary about the controversial and legendary boxer Mike Tyson. The critically-acclaimed film was directed by James Toback, and closely follows Tyson’s career and personal life through lengthy interviews and archival footage. For his poster design, Gowing adapted elements from the graphic traditions of the boxing industry, striving to depict Tyson as an “Icon.” Gowing created squat, broad letterforms and stacked them to form the title of the film, with the subtitle appearing beside the final letter. To fill the space of the letters, Gowing selected from a set of twelve stills photographed during the film’s production. Since the film had been produced on a tight budget, most of the images were of poor quality, forcing Gowing to crop his selected photograph tightly. The resulting image is one of bold power, with Tyson’s image and name shown as one.

← Closing the Loop
Into the Fold →