Flying High in the Sky 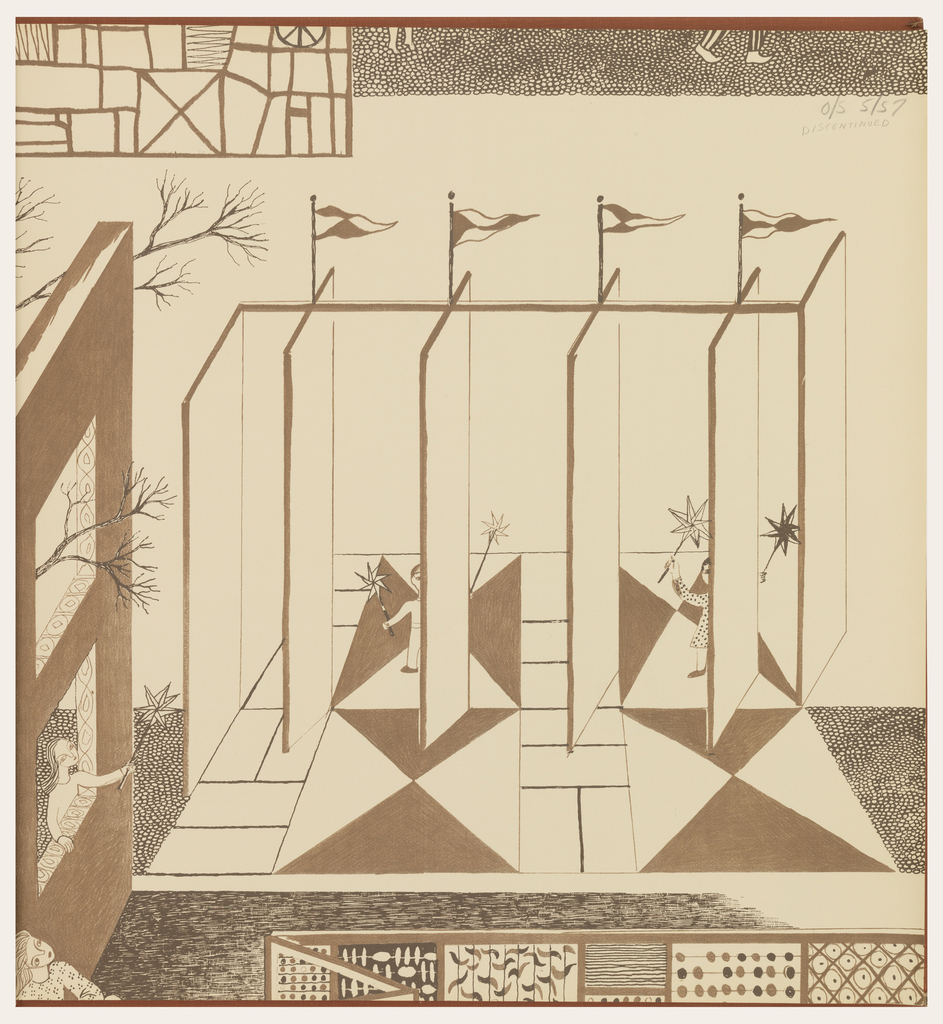 Posted by Gregory Herringshaw on June 1, 2017

This charming pattern of kites seems like a perfect selection for a spring day. This pattern is one of many in a sample book also containing designs by Ilonka Karasz, Marion Dorn, Lanette Scheeline, and Zue Martin. Designed by William Justema the pattern is a collage of newspaper, fabric and metallic gold accents. The butterfly kites are composed of newsprint containing Asian script while the tail is composed of fabric swatches tied together by string. The full design also contains a box kite and the more typical quadrilateral design, both also composed of newsprint, though each contains newsprint in a different language. Each kite is slightly askew, strings taut, with tails whipping as if caught in a breeze.

Kites have a very long history and were consuming paper and silk long before wallpaper entered the public consciousness. It is suggested kites were invented in China some 2000 years ago, being composed of silk or paper with a bamboo framework. Interesting to note that some of the earliest wallcoverings also came from China, as China was exporting hand painted scenic papers to the West by the seventeenth century.

William Justema was a painter, a writer, and had a long career designing wallpapers and fabrics for the home furnishings industry. In San Francisco, 1930, he displayed a selection of portraits in his first one man show. Just a few years later he began his wallpaper career, initially designing exclusively for Katzenbach & Warren, Inc., one of New York’s major wallpaper firms. Over the course of his career he designed many patterns for a number of different manufacturers before starting his own company, Justema Wallpatterns, in the late 1960s. He was also the author of several books on pattern and surface design.