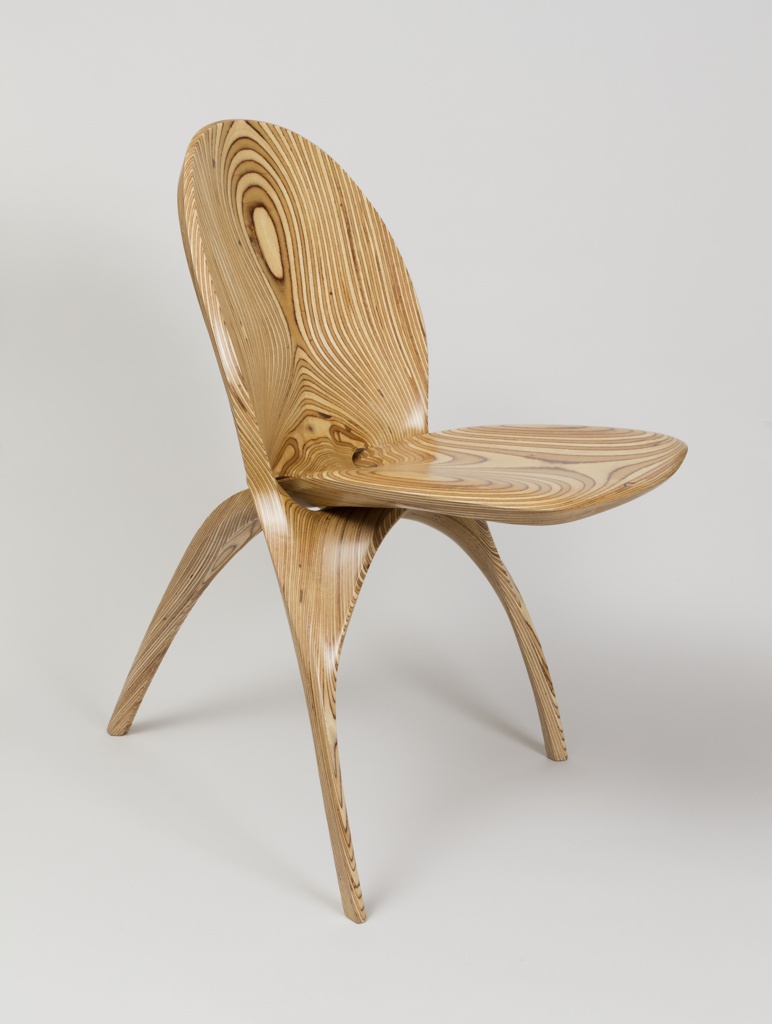 Ammar Kalo practices architecture and industrial design at his namesake studio in Sharjah, United Arab Emirates. His work ranges from architecture, interior design to furniture. The Stratum Chair’s concept and appearance were driven by his desires to “express materiality” and to take advantage of new fabrication technologies. Kalo laminated plywood and CNC milled a complex path of undulating lines that emphasize the wood’s grain structure. The surface of the chair appears as a topographical map. “For this project, there were a number of sources that helped inspire its formal qualities’, explains Kalo, “from the sinuous shapes of a human body, to the works of Hector Guimard, to rock formations carved by natural forces.”[1] In the history of furniture design, calling attention to grain patterning has gone in and out of style.  From Biedermeier and the painted chests of late nineteenth-century New England to the stained seats of the DCW series by Charles and Ray Eames, furniture makers have embraced the visual impact of figured wood. This chair is composed of two interlocking parts that form a three-legged stance. Kalo devised the joint from examining religious book stands that have a similar structure. When folded, the volume of the chair is reduced by half.

The Stratum Chair is included in Making | Breaking: New Arrivals, on view through October 29th.

← Birds of a Feather
Flying High in the Sky →