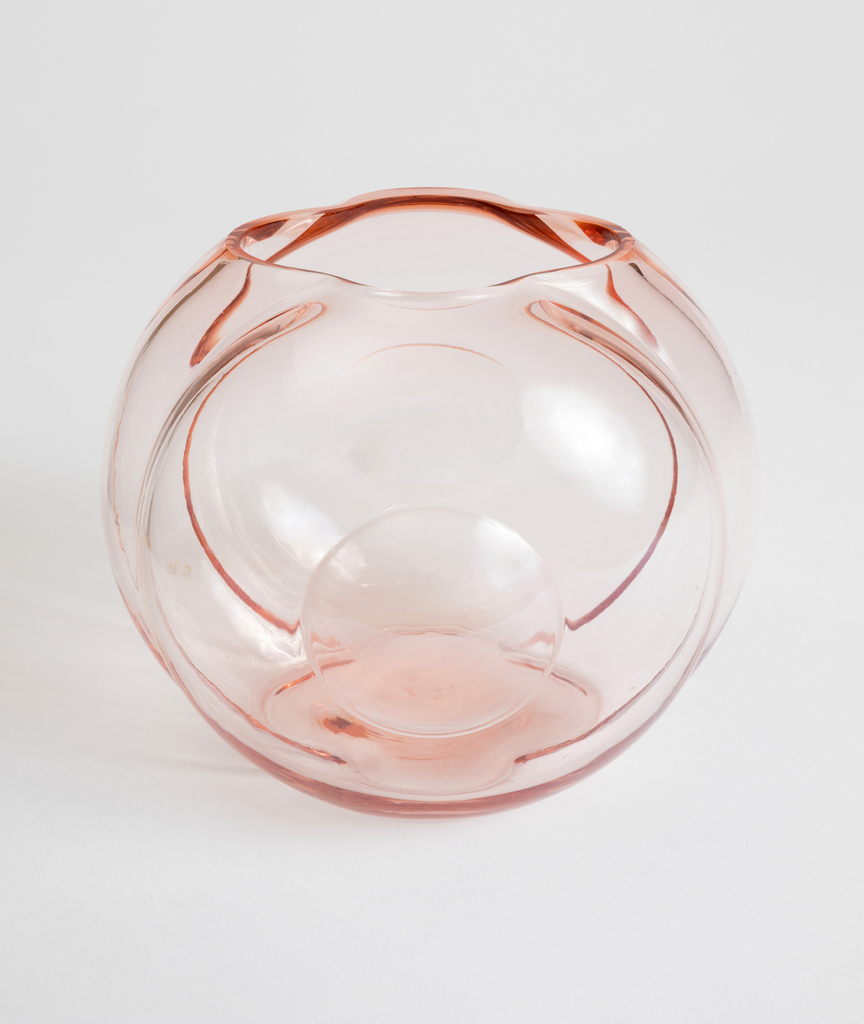 In 1929, George Sakier was hired as a consultant for the well-established American glass manufacturer Fostoria, for whom he would work for the next fifty years. With a background as an art director of French Vogue, Harper’s Bazaar, and Modes and Manners magazines, Sakier’s commercial savvy as well as his eye for trends served him well as he entered industrial design. In 1932, a critic in The New York Times published Sakier’s words on the relationship between art and industry: “Designs cannot remain static. They must keep up in the race with public taste. Sensing trends is what George Sakier calls studying ‘audience psychology’—keeping ahead of the game. Tickling the mass palate arouses appetites for fresh viands…”[1] Similar to many other American manufacturers recovering from the Depression, Fostoria hired Sakier to turn their business profitable by injecting a dose of modernism into their existing assortment of traditional forms.

In the 1930s, Sakier debuted series of tablewares in subtle and feminine jewel tones, bold and majestic primary colors, as well as a severe opaque black glass. Both in color and in form, Sakier’s line represented a clear break with the past. Bowls and vases took on faceted and fluted geometries and candlesticks and compotes exhibited stylized classicism. The sweeping lines of this vase speak to a romantic modernism that pervaded the American home and aimed to marry beauty and utility. Sakier’s training in fine art is evident in the painterly handling of the glass in these two vases, seen in their fluid and organic shape. Meanwhile the flat opening at the top adds a note of rigidity that evokes machine age aesthetics.

This vase is one of 35 gifts and loans from George R. Kravis II being featured in The Jazz Age: American Style in the 1920s, along with some loans from the Collection of John C. Waddell that enable the exhibition to show how this Fostoria glassware makes a dramatic effect when displayed together.

← Skyscrapers in the Jazz Age: A Tour with Curator Sarah Coffin
Jazz Goddess →