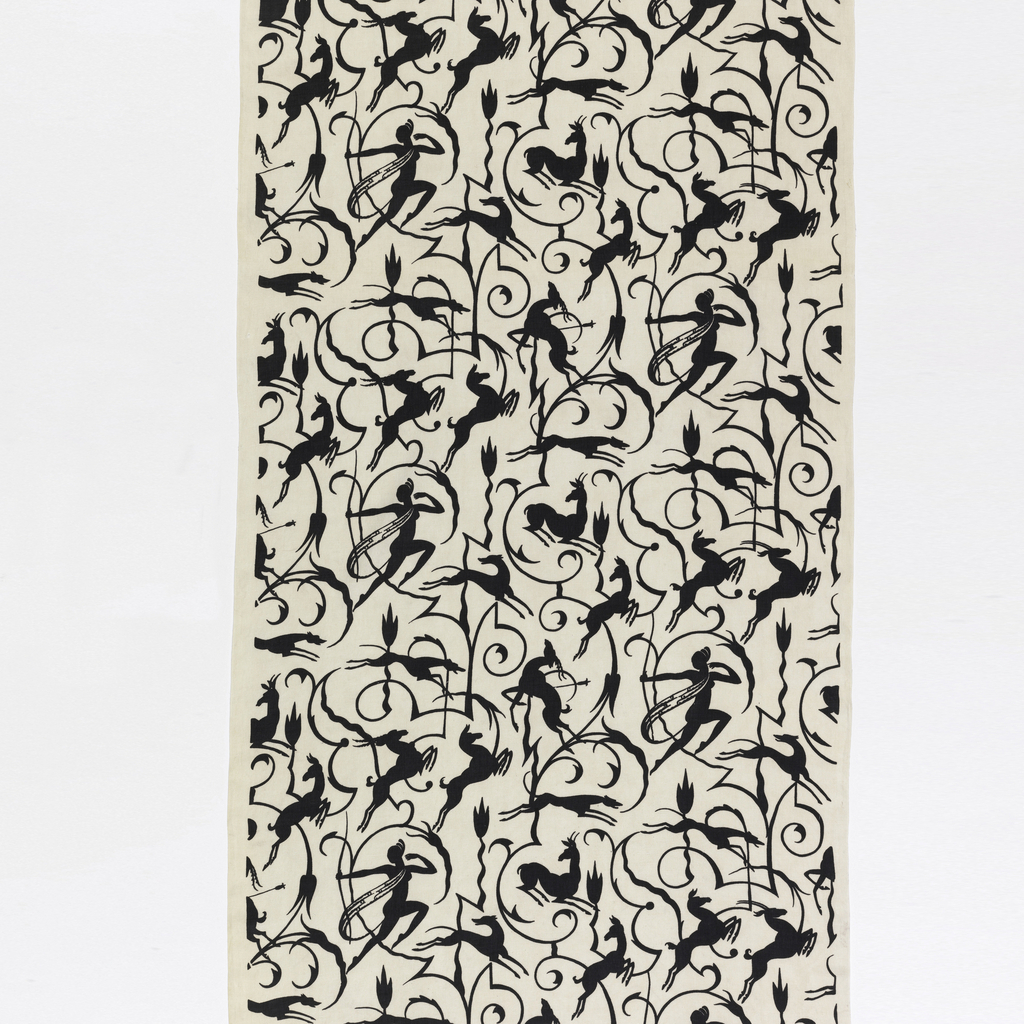 This textile pattern features Diana, Roman goddess of the hunt, bow in hand, accompanied by her hunting dogs and surrounding by her prey—antelopes or gazelles. Diana—as a metaphor for commerce and the hunt for profits—was a popular theme in the 1920s. This highly stylized rendering of the huntress surrounded by prancing animals may have been inspired by Paul Manship’s bronze sculpture, Diana (1925). The goddess in this pattern motif, with one leg in front and her torso twisted as she looks back at her bow and prey, as well as her hound, looking backwards with legs outstretched in mid-leap, are poised in the same way as the figures in Manship’s sculpture. The pattern repeat of the textile is completed by stylized vine-like foliage, reminiscent of the elaborate ironwork that was ubiquitous in much of Jazz Age architecture.