Let There Be Light: Table Candlestand 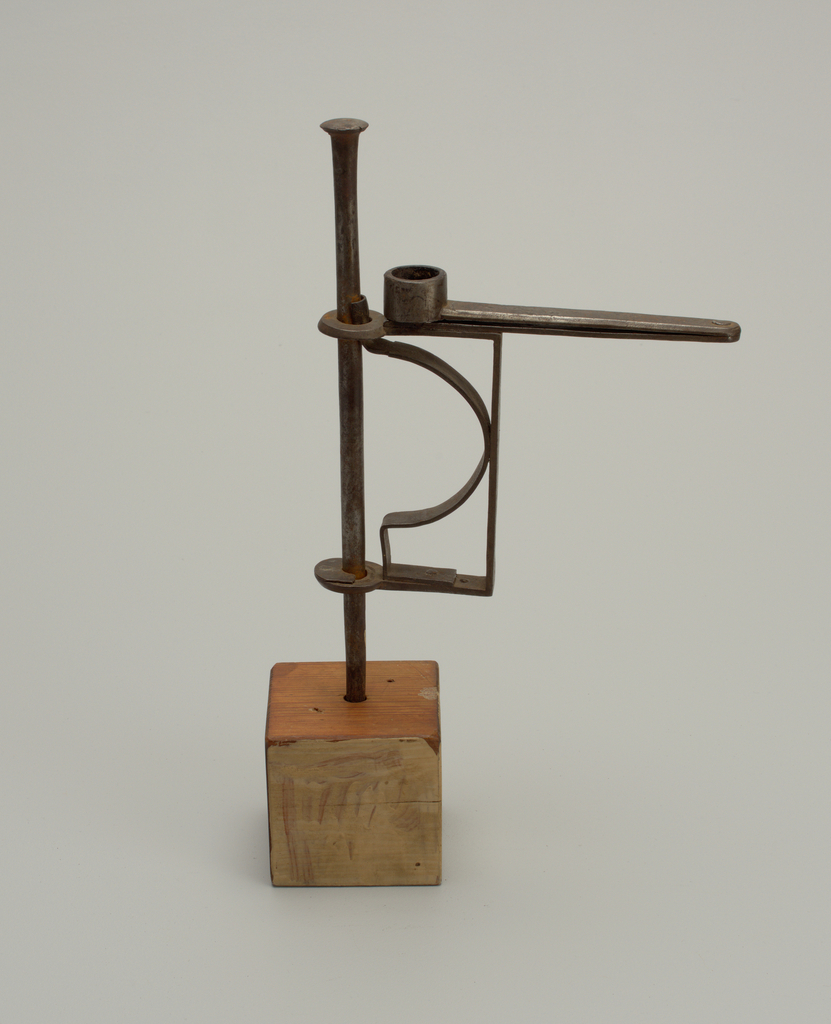 One of the most precious household commodities before the advent of electric lights was the candle. Candles were typically burned at night, and only when necessary, as they were laborious to make and costly to buy. The best candles were made of pure beeswax, because these burned cleanly and emitted a pleasant honey odor. Another popular variety of candle was made out of spermaceti, the waxy substance harvested from the head cavities of whales. Candles made of this material emitted a bright and steady flame and were also odorless. Because both of these candle types were so expensive, most American families crafted their own candles out of beef tallow. Making candles at home was arduous and smelly work that required dipping wicks slowly and repeatedly into in a vat of hot animal fat. Often candles were conserved altogether, and so work was done by moonlight or hearth light.

A candlestand like this one would be eminently practical, as its adjustable arms could be moved closer to the user for more focused tasks like reading or embroidery.  A nineteenth-century woman recalled that at night, her family “used to set a candle on the candlestand and pull the stand to the centre [sic] of the room so that four people could sit around it and see to work.”[1] A curious element of this candlestand is that it has no drip pan to catch wax drippings. The wood base of this piece is additionally unusual, as there was a real and very present danger of both furniture and articles of clothing catching on fire from unattended flames.

During the early twentieth century, there was a revival of and interest in America’s colonial era. There was a romanticization of the American past, and people began to collect eighteenth and nineteenth-century spinning wheels, quilts, and candlestands. This colonial craze was due in part to a rise in immigration and the xenophobic crusade to “Americanize” immigrants through American history and decorative arts. The opening of the Metropolitan Museum of Art’s American Wing in 1924, and Colonial Williamsburg’s restoration during the 1920s can both be seen as a part of this effort to project idealized versions of the colonial past.

See this candlestand currently on view in the exhibit “Ellen DeGeneres Selects.” A discussion of the colonial revival is also a part of “The Jazz Age: American Style in the 1920s.”

← The New Architecture
A Wall of Calligraphy →