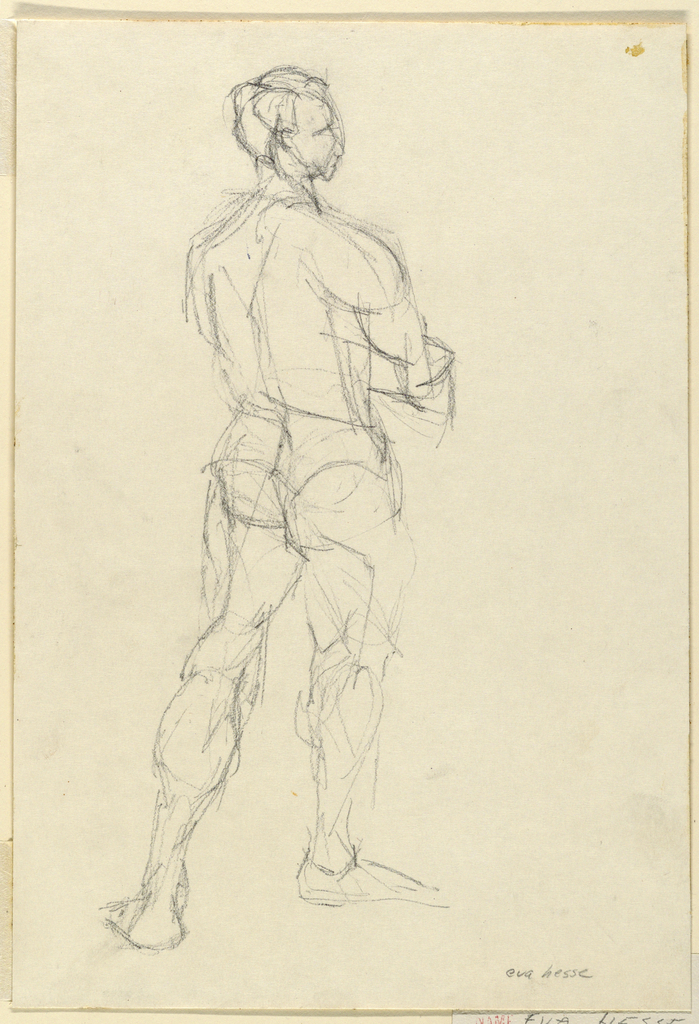 This figure study of a nude male depicted from the rear in contrapposto, bears the geometric massing and imperfect proportions of the work of a student.  Made in 1957, the drawing is a vestige of the collegiate days of renowned artist Eva Hesse (b. Hamburg, 1936-1970).

From 1954-1957, Hesse was a student at the Cooper Union School of Art, the school from which the present Cooper Hewitt, Smithsonian Design Museum emerged.  At the time of the museum’s founding in 1897, it was meant to serve as a kind of reference collection for budding artists and designers at Cooper Union.  The collection existed to inspire students, and pupils were often encouraged to learn  by copying objects in the museum as well as from life.

Although Hesse is best known for her abstract paintings and sculptural installations, this drawing is remarkable because provides insight into the training and growth bound up in artistic development.  It also marks an early stage in Hesse’s short, prolific, and tragic life.  Between the sketched lines that articulate this somewhat stocky figure may lie Hesse’s uncanny interest in the massing of forms, efflorescent in her work just a few years later.

← Travel in Style Without Clashing
Bound but not Broken →