Travel in Style Without Clashing 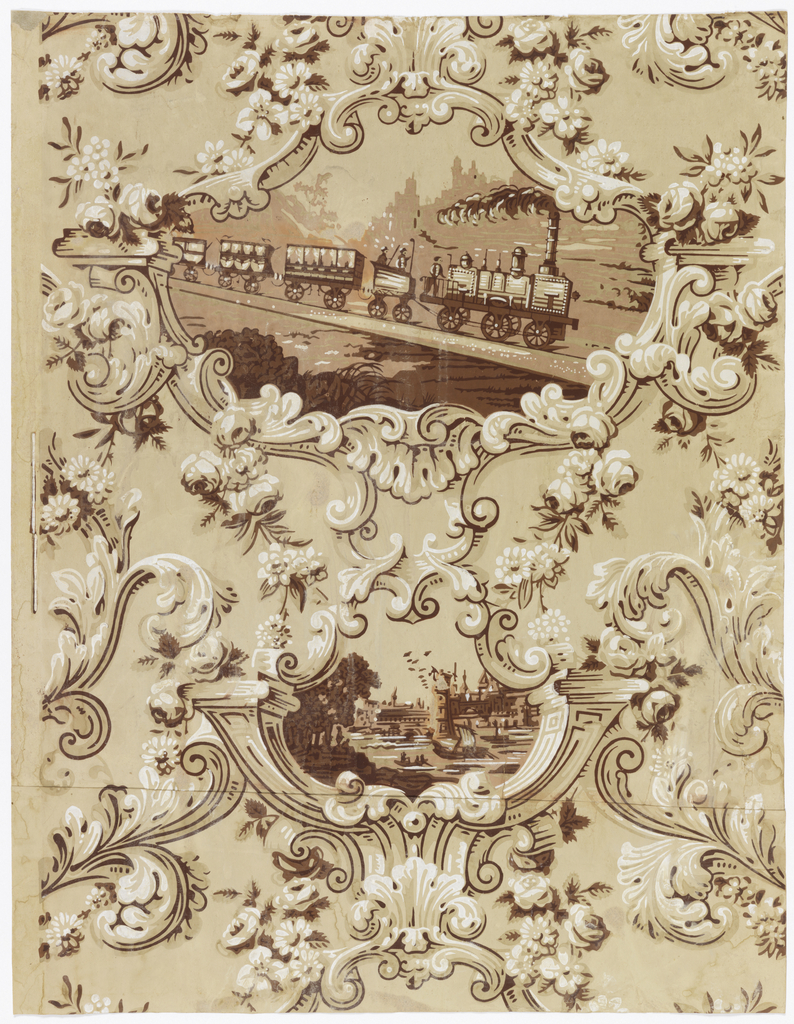 Posted by Gregory Herringshaw on March 27, 2017

Innovations in transportation and mobility were to become a common theme in wallpaper design. Similar images frequently appeared on bandboxes and hat boxes starting in the 1830’s. A sign of mobility themselves, these boxes were used for the safe transport and storage of men’s removable collars and hats. Early designs include historic hot air balloon launches, the first railroad which included a horse-drawn train, and the first steam-powered boat. This wallpaper contains lush Rococo ornamentation enframing two landscape scenes that alternate between new and old forms of transport. The larger medallion contains an early steam locomotive that appears to be a model designed by the Robert Stephenson Co. in England, 1835, whose trains were the first used successfully for the commercial rail transport of passengers and goods in Europe. The smaller medallion contains two boats: a row boat and a sail boat. The medallions themselves are quite grand with the interwoven and overlapping scrolls, floral garlands and architectural elements.

This rather formal design, printed in a slightly drab monochromatic brown colorway, would have been dressed up with brightly colored draperies, upholstery, and rugs. This paper would also have been a flattering background for the brightly colored and patterned clothing of the period. Likely used in a room designed for entertaining, this was an important consideration as you don’t want your wallpaper clashing with your guests.