When a Tile is Not a Tile 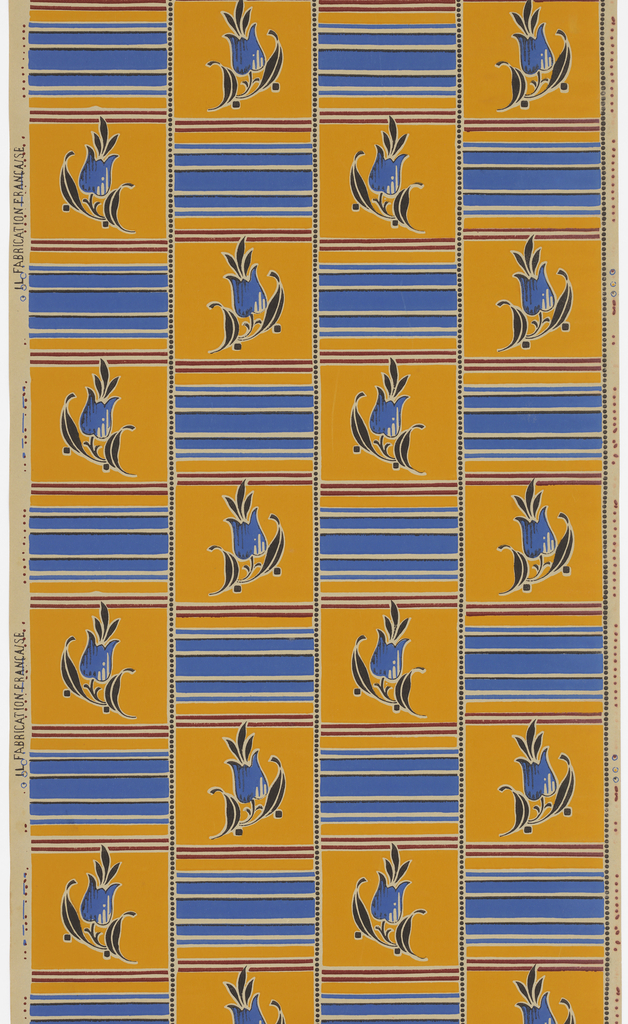 Posted by Gregory Herringshaw on March 20, 2017

This paper fascinates me, which explains why I acquired it for the museum collection. It is an inexpensive, Depression-era paper, but it packs a lot of punch.

The design is reminiscent of ceramic tiles which makes it a less than formal pattern and gives it more of a functional aesthetic. While this certainly could be used in a bedroom or stair hall to great effect, I think it calls out for a washroom or breakfast nook. As papers were not yet washable at this time it would not have been used near running water.

Reflecting on the Depression years, this is printed on a light-weight paper stock and does not have an applied ground color. These two factors alone would make the wallpaper more affordable during difficult times. An applied ground color helps the paper age better as it hides the fact that the paper is turning brown as it oxidizes. It also acts as a protective barrier between the acidic paper and the printed design thereby reducing discoloration. But the applied ground color is a heavier application of pigment that requires a separate machine to print.

I also think this design looks very French, and I mean this in the very best sense. For an inexpensive paper it has a certain boldness which is unexpected. The bright cobalt blue paired with the orangey color creates a striking combination, and that orange color is not one I’ve seen on American wallpapers. And the fact that this is printed on an ungrounded paper, and rather than trying to disguise this fact, the raw paper stock is incorporated into the design. And the final element, the way the tip of the floral sprig just overlaps that one line, and the way those double red lines are just slightly off kilter. Beautiful!

← Playing with Modern Design
Getting Better →

One thought on “When a Tile is Not a Tile”

LOVE how this was written. Very thoughtful. Makes one dig deeper into something that seems so simple. Thank you and I agree, beautiful…