Algol 11 before Apollo 11: Sapper and Zanuso’s TV Set for Brionvega 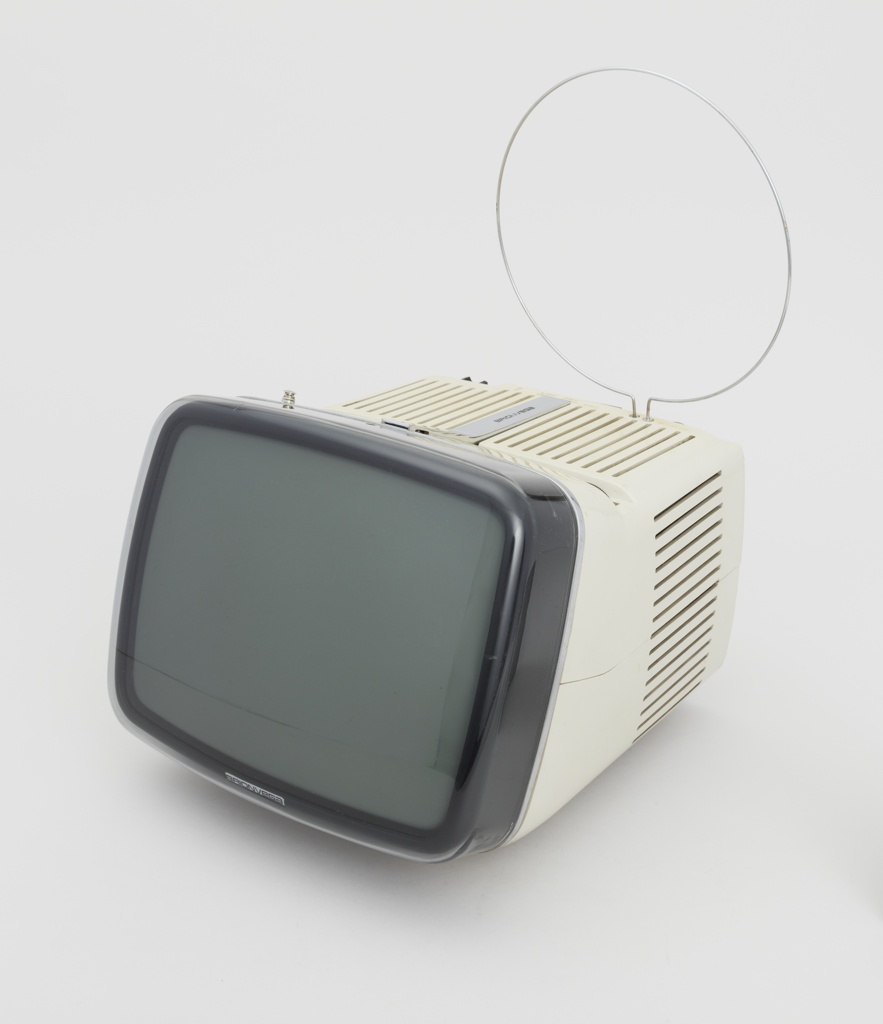 During the 1950s and 1960s, television was a cultural force both in America and abroad. Milestones that included the Civil Rights movement, the Vietnam War, and the coronation of Queen Elizabeth II were broadcast across the world. Variety and music shows, which included “Ready Steady Go!” and “The Ed Sullivan Show,” drew youth to watch their favorite bands like the Beatles. TV became a societal obsession that permeated daily life across generations.

Compared to the stationary TV sets of the 1950s, which were often encased in wood housings to blend in with living room interiors, the Algol 11 is pure pop. Made of molded plastic and customizable in a range of colors, the slightly curved screen of this TV is reminiscent of a space helmet. When placed on a flat surface, the short broad feet of the Algol 11 prop up the body of the set, giving it the appearance of a landed spaceship. After cosmonaut Yuri Gagarin’s orbit of the earth in 1961 and President Kennedy’s pledge soon after to put an American man on the moon, space mania overtook the world. NASA was careful to control their media output to spark excitement, and space soon became a dominant part of mass culture.[1] Everything from fashion to architecture reflected the space race, and the public clamored for gleaming objects that would fit in with their vision of an intergalactic future.

Both Richard Sapper, born in Germany in 1932, and Marco Zanuso, born in Italy in 1916, believed in designing industrial objects with functionality foremost in mind.  For example, the internal parts of the Algol 11 are laid out for quick and easy repair. Intended to be portable, its UHF antenna is removable and the VHF antenna folds down, and there is a collapsible handle that pops out for easy carrying. Technological advances in miniaturized circuitry allowed the designers to create the Algol 11 in 1964, and all of the buttons are integrated within the surfaces of the set. The pair designed this TV for Brionvega, an Italian firm that specialized in manufacturing new electronics like radios, TVs, and record players. Bright, sleek, and transportable, the Algol 11 is a symbol of the societal and media changes of the 1960s.

This television is currently on view in “Energizing the Everyday: Gifts From the George R. Kravis II Collection”

Elizabeth Muir is a graduate student in the History of Design and Curatorial Studies program at the Cooper Hewitt, and is a Fellow in the Product Design and Decorative Arts Department. She is primarily interested in the design and decorative arts of the 20th Century.

← A Different Kind of Blanket
Sink or be Sunk →