Sink or be Sunk 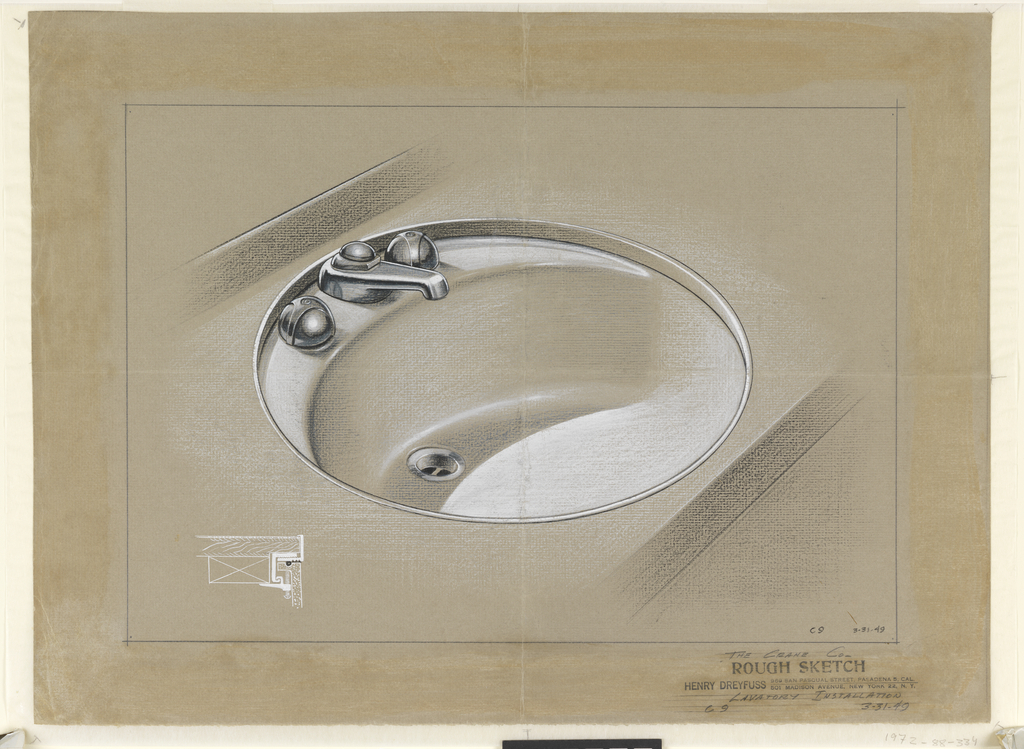 The 1940s after World War II (1939-1945) marked a phase of industrial design that centered on the consumer. Coined by prolific industrial designer Henry Dreyfuss (1904-1972) as the “Decisive decade”, manufacturers began acquiring prestige by redesigning products that met the needs of a changing society.[1] Populations had grown extensively from incoming immigrants; housing for returning soldiers was scarce and the use of mechanized materials were infrequent. Despite the period after the war being remembered as a period of economic growth, the shifting of classes and the affordability of goods became a concern for millions of Americans. The end of the war had unleashed a demand for new housing, cars, furnishing of interiors and a host of other goods once out of the reach of the growing middle class. This became a challenge for many designers and manufacturing companies of the period; many of which were forced to sell or close, but it was one Henry Dreyfuss and his partnership with plumbing company Crane Co. that decided to take this challenge head on. Extensively studying the Crane plumbing line item by item, Dreyfuss reviewed what items belonged and what should be removed. Dreyfuss studied rival product lines such as American Standard and Kohler Co., as well as the changing patterns of the American home.  This study allowed Dreyfuss and his team to predict new trends of interior furniture, especially focused on the kitchen and bathroom.  Objects designed by Dreyfuss had to be convenient to use, easy to maintain, cost conscious, and have sales appeal that reflected the changes of a post-war America. Crane Co.’s postwar line of products featuring designs by Dreyfuss  reflected his variability of style, as well as his philosophy of putting the consumer first.  This gave Crane Co. a substantial advantage over the market, and the company became one of the most profitable plumbing companies of its time, thus creating a new art form that led to the creation of a new American culture.[2]

Sylvia J. Ferguson is a graduate student in the MA History of Design and Curatorial Studies program offered at Parsons The New School of Design jointly with Cooper Hewitt, Smithsonian Design Museum.