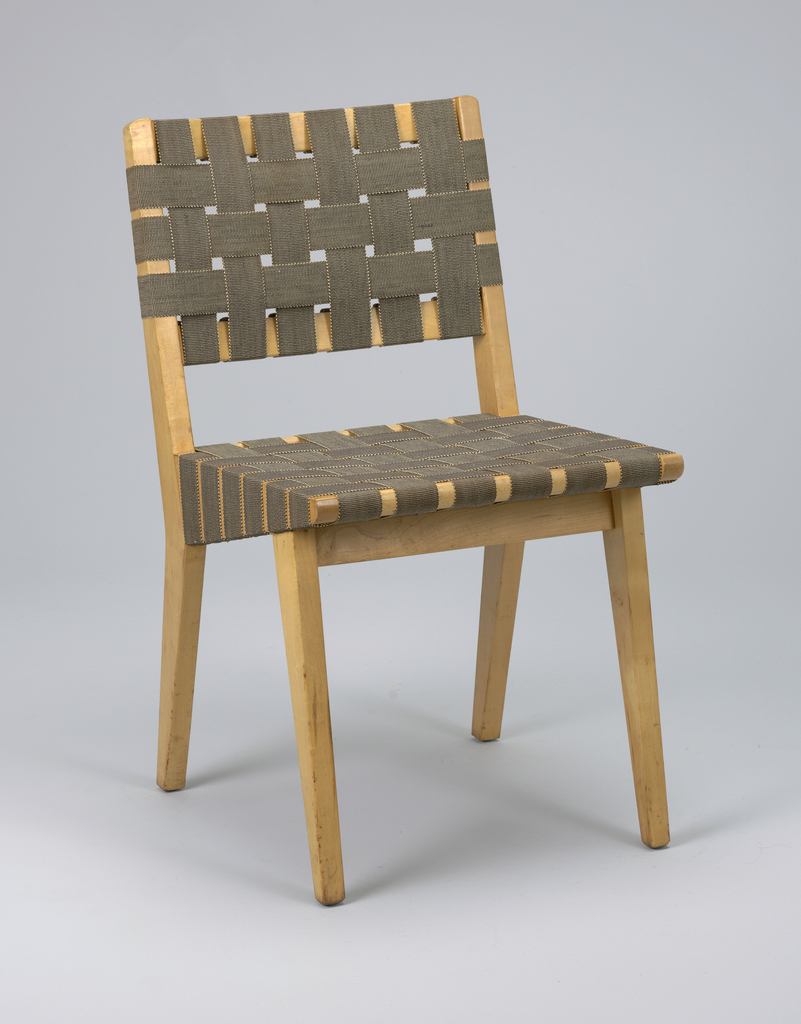 The Model 666WSP Chair, from 1943, is an example of the furniture designed by Danish-American designer Jens Risom, who died at 100 on December 9, 2016. Risom was the son of a prominent Danish architect and he, himself, is often regarded as one of the founders of midcentury modern design in America. He came to the US in 1939 to study design and then collaborated with Hans Knoll to create the Knoll Furniture Company. His designs for Knoll helped introduce Scandinavian design to America and launched Risom’s spare, simple forms as examples of leading contemporary furniture. In 1946, after a wartime stint in the US army, Risom opened his own studio. Many of his designs have become timeless and are still being manufactured today, 75 years after they were initially produced.

Risom is best known for his webbed lounge chair. This sidechair, one of fifteen pieces Risom designed for the inaugural Knoll catalog in 1942, replicates the same simple, tight basket weave of the heavy-duty cotton strips of the lounge chair. His early furniture, like the webbed chairs, were constructed from non-wartime critical softwoods and surplus military cloth that was bleached and dyed.

Risom’s contributions to design have become iconic. His long career and the timelessness of his designs will continue to pay tribute to his memory.

← Rebel Nell: Designing Against Defiant Odds
Make Do and Mend: The Art of Repair →

I want to buy these types of chairs..