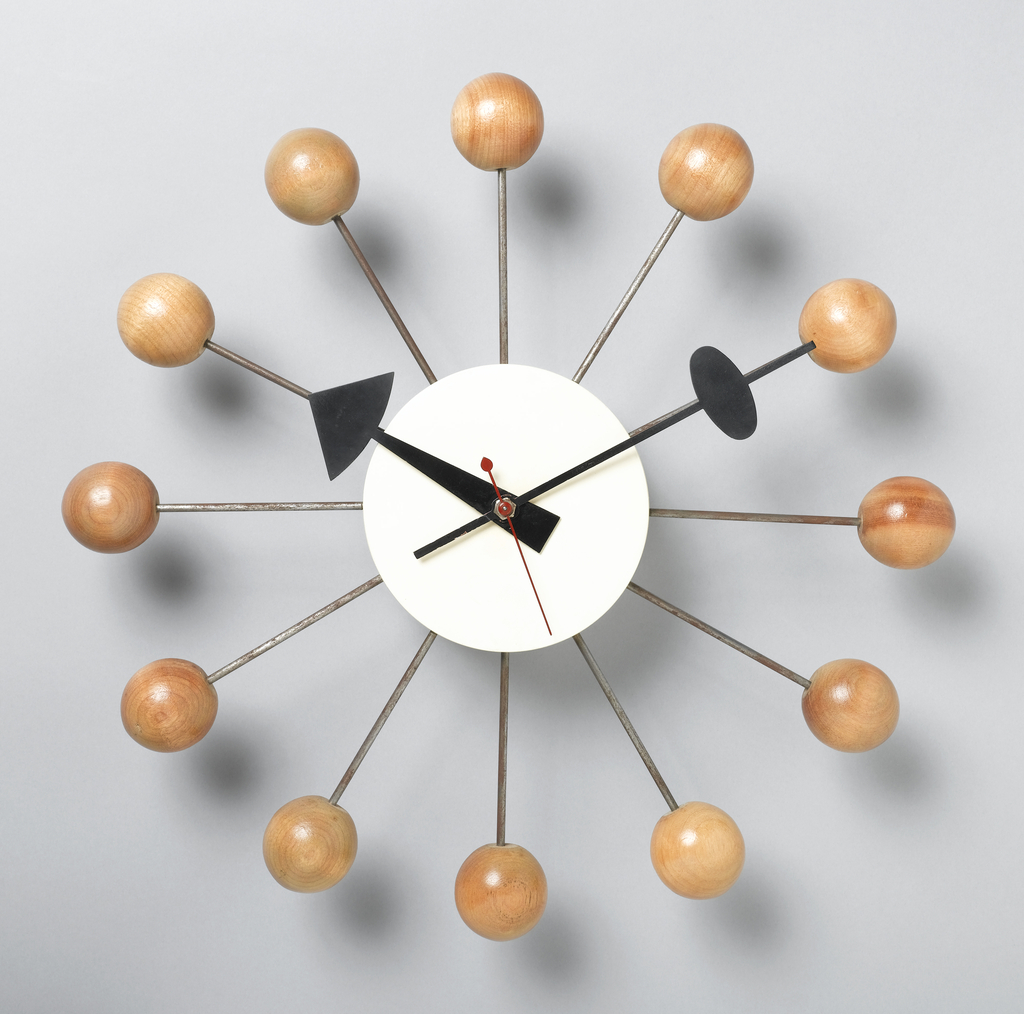 Posted by Catherine Acosta on December 10, 2016

Recognizable for its resemblance to an atomic model with wooden spheres attached to the metal rods jutting out from its face, the Ball Clock (model 4755) is, unsurprisingly, sometimes called the “Atomic” clock. Designed by George Nelson Associates for the Howard Miller Clock Company in 1949, the Ball Clock was made by the company through the 1980s. Today it is a celebrated symbol of postwar American design and is still in production as a reissue by Vitra, the innovative Swiss design company that licensed the rights to produce designs by both George Nelson and Charles and Ray Eames in 1967.

Significantly, the Ball Clock was the first of over 150 clocks to be designed by George Nelson Associates. Its design is credited to Irving Harper, the industrial designer and artist responsible for many of the firm’s imaginative clock designs. Beginning in 1947, when he started designing for Howard Miller, Nelson’s challenge was to create a unique line of clocks that would require no changes to the clocks’ imported movements.[1] Nelson felt that the functionality of the wall clock had less to do with telling time and more to do with decoration —an assertion made on the presumption that people generally looked at their wrist watches to tell time.[2] Hence Nelson’s fondness for abstraction, which is echoed in the absence of numbers on the Ball Clock’s face, a characteristic of many clocks designed by his firm.

Playful and sophisticated, Harper’s design of the Ball Clock reflects Nelson’s vision that “Good design, like good painting, cooking, architecture, or whatever you like, is a manifestation of the capacity of the human spirit to transcend limitations.” [3] Transcending the Atomic Age into the 21st century, the design of the Ball Clock has become emblematic of the spirit of George Nelson Associates.