A Forgotten Architect with Ethereal Solutions 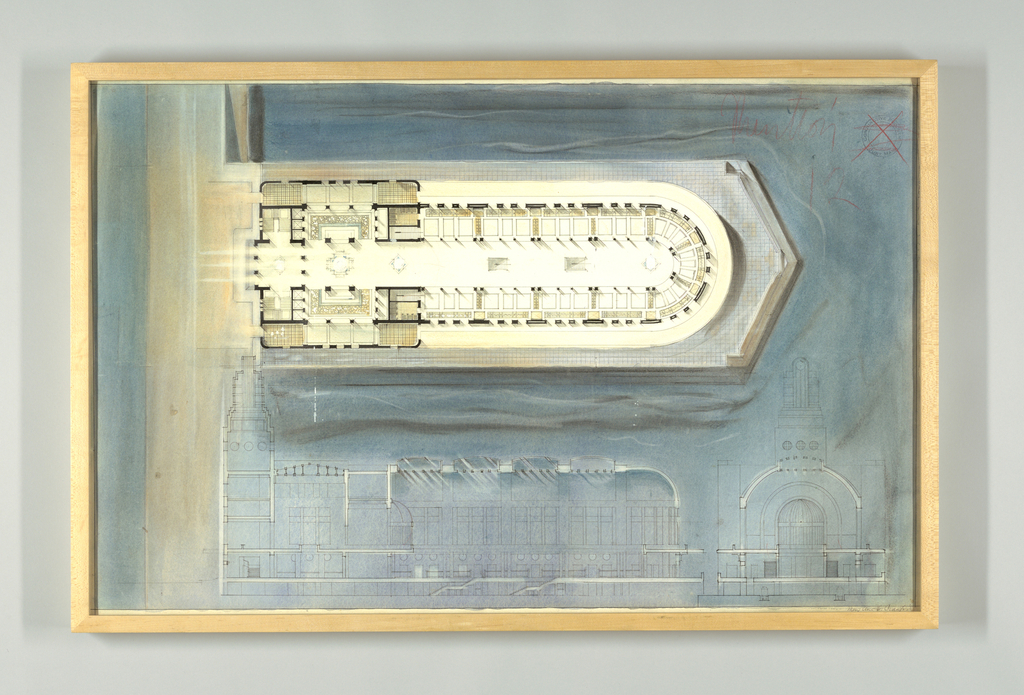 Posted by Caitlin Condell on December 8, 2016

For her first assignment as an architecture student at the Massachusetts Institute of Technology (MIT), Mary Ann Crawford was given a sheet of paper, twelve hours, and a problem: design an entrance to an architectural school. Crawford’s submission was well-received by her professor, but he gave her a cautionary warning. “You want to be careful and not do too much on your drawing,” he said, “[p]eople will think you know more than you should.” More than a year passed before Crawford realized what the professor had implied—that if her drawings looked too proficient, people would believe that someone had helped her with them.[1]

Decades later, as she reflected back on the incident, Crawford brushed aside the suggestion that the remark was rooted in sexism. But in 1929, Crawford was one of just a few women studying architecture at MIT.  She was a remarkable draftsperson who created stunning Beaux-Arts designs for outdoor shelters, arcades, and public buildings throughout her years as a student. Whether working in watercolor, pastel, charcoal or graphite, Crawford conjured built projects from her imagination onto the page.  Her drawings demonstrated both the precision of a trained engineer and the evocative sensibility of an artist. In her two designs for a municipal pier in Cooper Hewitt’s collection, Crawford combines volumes reminiscent of the Beaux-Arts style in which she was being trained with a tower suggestive of the art deco style that was popular at the time. As Barbara Pine has written, Crawford’s design “presents an oddly compelling combination of two modes of travel: the lower stories refer to the luxury ocean liners of the day, while the top is a stylized version of a locomotive.”[2]

Crawford graduated from MIT at the beginning of the Great Depression, and it took her eleven years to accumulate enough hours of experience (the equivalent of two full years of paid work) to earn her state architect’s license. She worked in Illinois for many different clients, including Lindberg Engineering and Montgomery Ward, but she focused primarily on residential work and renovations. In the late 1970s Crawford’s student work was exhibited in several shows in Chicago and received a brief moment of media attention in the local papers. Kathy Richland photographed Crawford in her home, proudly unrolling one of her earliest school drawings (now in the collection of the Art Institute of Chicago), shown above.

Personally, I find it hard not to wonder what built projects Mary Ann Crawford might have produced had she graduated from MIT in a different era. Fortunately, she has left us with beautiful drawings of buildings as she envisioned them in her mind.

One thought on “A Forgotten Architect with Ethereal Solutions”

I’m confused, where is the Beaux-Arts style? This all looks like Art Deco to me.